The sun was out and shining brightly across the Wast Hills training pitches on Wednesday morning as the Blues first-team squad prepared for their final match of the 2012/13 league campaign against Blackburn Rovers.

Lee Clark, who took over following the departure of Chris Hughton as manager last summer, has endured a difficult first season as Birmingham City boss. His task of guiding the Club back into the Premier League has only been made more difficult by inconsistent performances on the field, coupled with corporate and financial issues off it. For Blues, who secured Championship status for another season following an impressive 1-0 victory against Leeds United at St. Andrews earlier this month, it is now about enjoying the remainder of the campaign and to secure as higher league position as possible.

There have been many key performers for Blues this term, notably England international Jack Butland between the sticks, Paul Robinson for the most part as a makeshift centre half and the impressive Paul Caddis following a twelve month loan switch from Swindon Town on the final day of the August 2012 transfer window.

Football, as much as it is about winning, is about consistency. Continuing where he left off last season, Curtis Davies has been a leading figure in Lee Clark’s Blues team, showing the qualities of a Premier League defender. 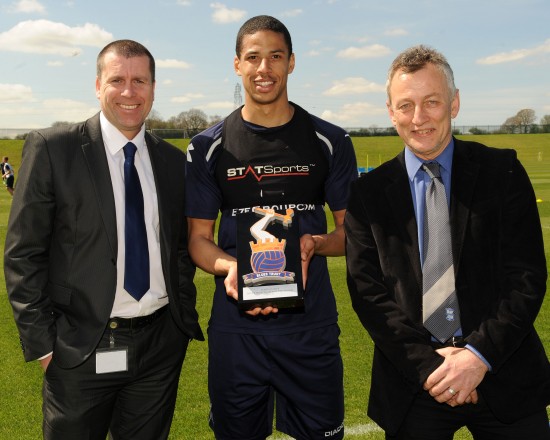 Representatives from Blues Trust and other Birmingham City supporters groups ensured that Davies’ efforts did not go unnoticed, with the 28-year-old stealing the show as he was presented with not one, but five Player of the Season awards. 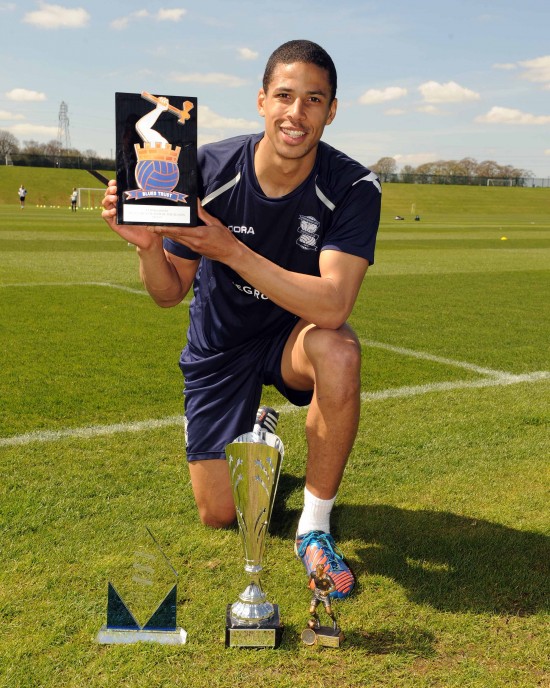 The Trust’s trophy was specially crafted by Jewellery Quarter firm Crescent Silver, who have made many famous sporting trophies over their 100-year history. Company owner, Neil Grant, said, “I was delighted to help when the Trust approached me to make a trophy for their Player of the Season award. I’m a lifelong Blues fan and although it’s the first trophy that I’ve made for the Blues, I hope that over the coming years there will be many more.”

Blues end their 2012/13 Championship campaign at home to Blackburn Rovers on Saturday, kick-off 12:45 pm. Full ticketing details can be found via bcfc.com.