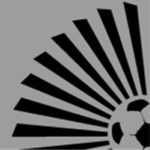 In November 2014, Blues Trust were invited, via STAND Fanzine, to London to meet with representatives from Trusts and supporter groups of clubs that were in crisis. We really welcomed the opportunity to highlight our rather unique plight with other representatives, particularly in the capital. However, it was also interesting to hear about the problems being faced by other clubs as well, and whilst it could be argued that it was reassuring to hear that we were not alone in the difficulties that we faced, it was also frustrating, worrying and difficult to recognise that any club – indeed any supporter – could face these problems, and that real change on a national level needs to occur, particularly to the governance of football. And what better time for that change to happen than around an election?

Blues Trust board member Emma-Louise Hodgson, and member Ritchie Kelly attended subsequent meetings in London and communicated with this working group, which evolved into F.A.N (Football Action Network). This network’s primary aim is to bring around change to modern football. In March, after listening and consulting with ourselves and those others that had joined the network, football historian and sociologist David Goldblatt, produced a manifesto for football. Titled “This Game is Our Game”, it calls for changes to the governance around a number of issues that were agreed to be of the utmost importance to supporters. Transparencies with club ownership, shifting the focus to grassroots and non-league as well as introduction of the living wage are just three of the eleven key sections that the manifesto enforces. You can read the manifesto here: http://www.theguardian.com/football/blog/2015/mar/28/football-action-network-manifesto-this-game-is-our-game-general-election-premier-league

However, the next task for F.A.N is to get it to the people that can implement it – and that’s the politicians. You can be part of this. On Saturday 18th April, representatives from F.A.N and supporter groups and trusts will be taking the This Game is Our Game Manifesto to Party Headquarters of the three main political parties. We would like as many Birmingham City Supporters whether they be Trust members or not to join the “Flashmob” in London and unite with the supporters of other crisis hit clubs to let those that can change the rules and introduce new methods of governance to the game that it needs to change, if not only clubs like ours, but indeed the sport, are to survive.

Birmingham City supporters can join this protest from 10.15 at St James’s Park Tube on Saturday. The protest will be firstly visiting Labour HQ, then moving on to the Headquarters of the Conservative Party and the Liberal Democrats before finishing at approximately 12pm – plenty of time to attend the Watford match. 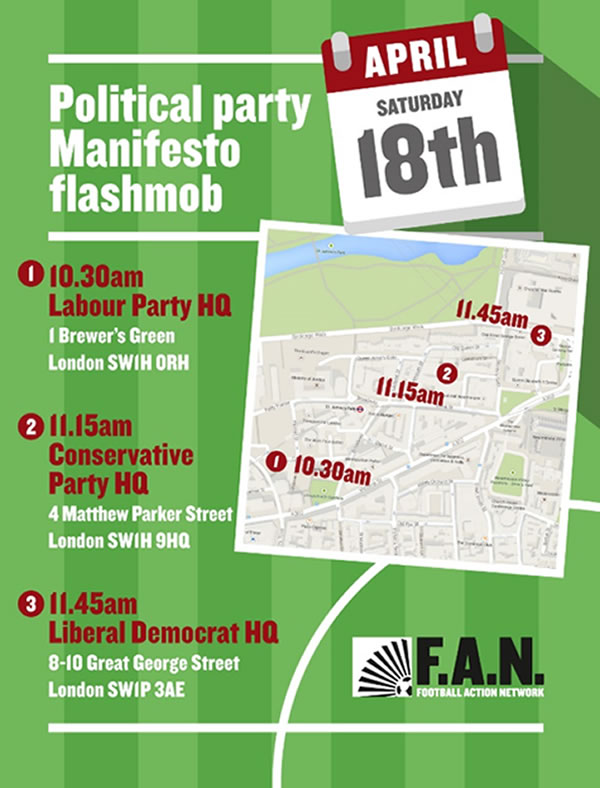 If you are a Blues Trust member and would like to join us in working with F.A.N, please contact Emma-Louise at media@bluestrust.org