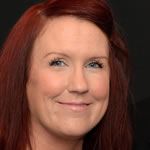 We were very sorry to hear that Sarah Gould is to leave Birmingham City. She is the epitome of what a Customer Services Manager should be, always professional, pleasant and helpful. What makes her exceptional is her understanding of fans; she understands us because she is a fan too.  She will be missed and it will be hard to find a replacement.

In fact the club really needs to find two people to replace her because she was doing two jobs. In addition to her job as Customer Services Manager, she was also the Supporters Liaison Officer (SLO).  As good as she was, Sarah was not able to be in two places at the same time so her responsibilities in Customer Services meant she was not able to do all that UEFA recommends in its SLO Handbook.  For example, it recommends that the person chosen to be the SLO “should have a thorough understanding of supporters and also travel and stand/sit with them at matches.”

We believe that Sarah Gould played an important part in maintaining the relationship between club and supporters during the turmoil and uncertainty that we have been through in recent years. In general the Birmingham based staff at the club did a great job of keeping the club running during the trial and subsequent imprisonment of its major shareholder and news of boardroom battles in Hong Kong. Sarah was the visible face of all those staff, the one that fans knew and trusted.  The club will need to find exceptional people to replace her.