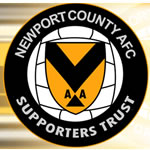 No, unfortunately, Carson Yeung has not been overcome by a fit of generosity towards the Blues Trust.

You can view a BBC article about it here

What message can Blues fans take from this?

There are some club owners who believe that fans/supporters can play a key part in both the running and ownership of their club. Of course it helps if the owners are fans themselves.

However, even where financial constraints may make total fan ownership or even partial ownership of a club difficult to achieve, this does not give the owners the right to ignore fans views. One of the criticisms over the last 3 years at Blues has been the lack of communication between owners and fans.

We very much welcome the recent interview with Panos Pavlakis on Blues TV and recognise that, under the current circumstances, he is restricted by confidentiality agreements as to what information he can disclose surrounding  any agreements with Trillion Trophy Asia Ltd. We hope that this marks the start of a new period of openness in relations between the club and its fans.

One of the objectives of the Blues Trust is to work with the Club and develop this relationship, representing the views of members to the club. We would also hope to continue this relationship with any new owners who may take over the club in the future.

If you believe that this is an objective worth supporting we would welcome you as a member. There are different levels of membership.

Membership details can be found on the website here