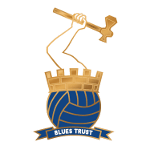 The existence of Supporters Trusts is something that most football fans are probably aware of. However many may only have a vague idea of their purpose.

A Trust often only becomes visible to fans when their club is in crisis. A recent example of this is at Blackpool. The on-going saga of dissatisfaction with the owners has now culminated in the Blackpool trust bidding to buy the club http://www.bbc.co.uk/sport/0/football/33441312

This weekend, the Annual Meeting of Supporters Direct and the Football Supporters Federation takes place in Manchester on 17th-19th of July.

Supporters Direct is the umbrella organisation which oversees and supports most of the Football Club Trusts which currently exist. Trusts are recognised by both the Government and the Football League as the method they wish to encourage to try and give supporters a greater voice in the running of their clubs.

The Blues Trust is a member of Supporters Direct and will be sending 2 representatives to Manchester. It is legally constituted, and like most other football supporters trusts, is run entirely voluntarily. Its success depends on the level of support it receives from fans, either through their membership or by offering to give some of their time and skills to help develop the organisation.

While the principal objectives of the Blues Trust are focussed on providing a voice for Blues fans, we feel it is important to support the wider Trust movement if fans are to start to have any influence over the game they love.

More information about the Blues Trust, Supporters Direct and Football Supporters Federation can be found on their websites