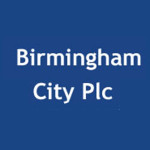 The meeting was chaired and led by Mr Roger Lloyd, Company Secretary of Birmingham City Football Club plc who was the only Club representative present. There were between 25 and 30 shareholders present. Mr Lloyd advised that 3147 shareholders had been invited to the meeting. The last Annual General Meeting of the plc was held in 2011.

The formalities were quickly dispensed with and questions from the floor were invited. Mr Lloyd allowed considerable latitude in the questioning and did not refuse directly to answer any question. He stated that the calling of the meeting and the setting of the agenda, that is the proposal to remove Mr Yeung, was a direct request from Birmingham International Holdings through the receivers, Ernst and Young. He confirmed that if Mr Yeung was removed as a Director, the two remaining Directors of Birmingham City FC plc would be Panos Pavalakis and Victor Mau. He confirmed that BIH Ltd own 96.64% of the shares in Birmingham City FC plc (Carson Yeung owns 27.9% of the BIH shares) and that the club is NOT in administration; that HSBC no longer hold a debenture on the ground, and that had been bought out using the funds provided by Trillion Trophy Asia who now have their loan secured on the ground.

The proposal before the meeting – that Ryan Yeung be removed as a Director – was approved with acclamation.