Time for a break

The international break comes at a good time for Birmingham City. The team had played seven games in 21 days and Gary Rowett has said that players will get some recovery time during the break. And we finished the first quarter of the season on a high, winning the last two games and going up to fourth place.

There are a lot of positives about our club at present. The manager and playing staff have built a successful team without spending much. Gary Rowett is intelligent, articulate and prepared to answer fans’ questions on live radio. (Click here to listen if you missed the Football Phone-in on Radio WM)

There are also positives off the pitch. Last weekend, football supporters all over the country showed their support for the Football Supporters Federation’s campaign against high ticket prices for away fans. There was a marked contrast between the response from Leeds United and Birmingham City. David Boston, the BCFC Supporters Liaison Officer, negotiated with Leeds to try to get the FSF banners allowed into the ground. Leeds United, who charged away fans £37, refused permission. So the two sets of fans displayed them outside the ground instead. 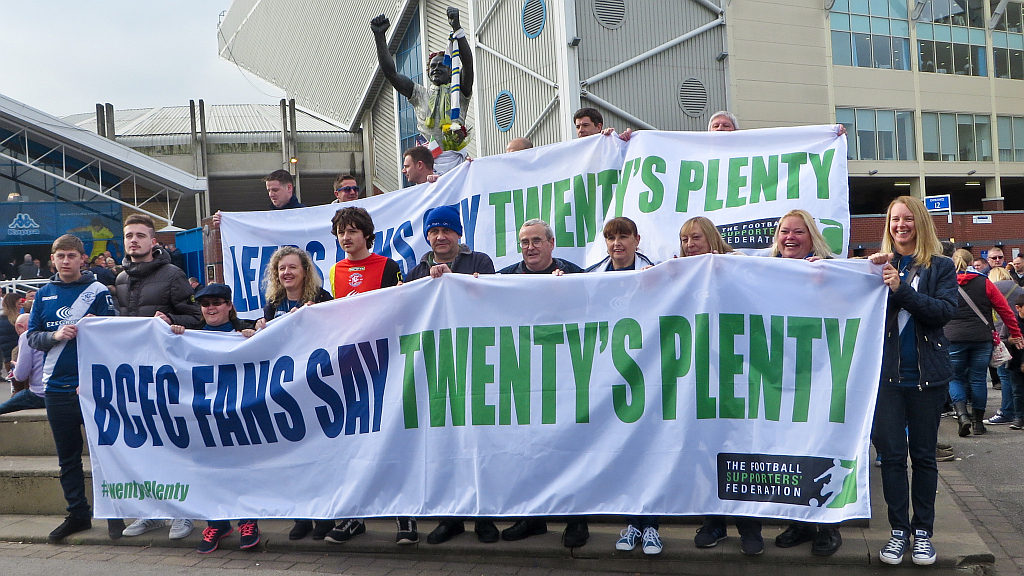 Leeds fans have had some problems with their owner, Massimo Cellino, known as Il Mangiatore di Direttore, the manager eater. Birmingham City’s administrators are concentrating on sorting out the mess in Hong Kong and not interfering with the day-to-day running of the club, which is being done well by the Birmingham-based staff.

Only the top two tiers are taking a break; there will be plenty of football played at the weekend. Saturday, October 10, is Non-League Day, the annual celebration of affordable, community football.  If you would like to support a non-league team, click here to find a match being played in your local area.