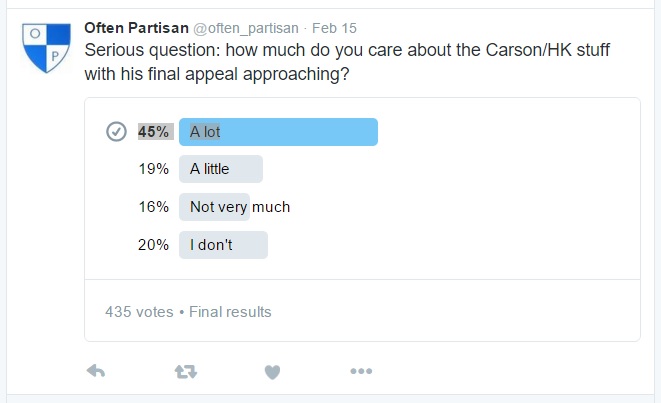 When things are going well on the pitch, it is easy to ignore Birmingham City’s ownership situation. In June 2011, when Carson Yeung was charged with money laundering, fans wanted to know what was going on in Hong Kong. But the legal processes have taken so long and the situation is complex so the interest has waned. It is understandable that many fans are now far more interested in the Championship table and our chances of being in the playoffs. The promotion battle will be settled in May and the numbers in the Championship table are a lot easier to understand than the accounts of Birmingham International Holdings Ltd (BIHL).

However, what happens in Hong Kong is more likely to have a greater impact on the long-term future of the club than our position in the table at the end of this season. That is why we want to support the investigative work of Daniel Ivery, as he tries to keep track of what is happening and what it might mean for Birmingham City. Daniel is a member of Blues Trust but, in his investigative work, he is working as an individual and free to write his own opinions. This means that he can respond quickly to developing situations without having to consult others. His book and blog are the best sources of information on BIHL.

One of our board members, Mark Sutton, has already helped investigate who owns shares in BIHL and we intend to provide some financial support for the trip to Hong Kong that Daniel is planning. The amount will be limited to what is donated by some of us who believe in the project and won’t compromise his journalistic independence. On the Kickstarter page for his trip, he writes, “Birmingham City: on the pitch has been great, off the pitch is a mess. It’s time to ask questions of those in Hong Kong.” We would like to know if our members agree with this statement.

On another topic, David Boston sent us a copy of his minutes of the Supporters Forum meeting this month. It has taken me a long time to put it on the site because I was busy, not because I thought it unimportant. Developing good communication between club and supporters is something else that could affect the long-term future of Birmingham City FC.