Birmingham City Player of the season 2015/16: Who gets your vote? 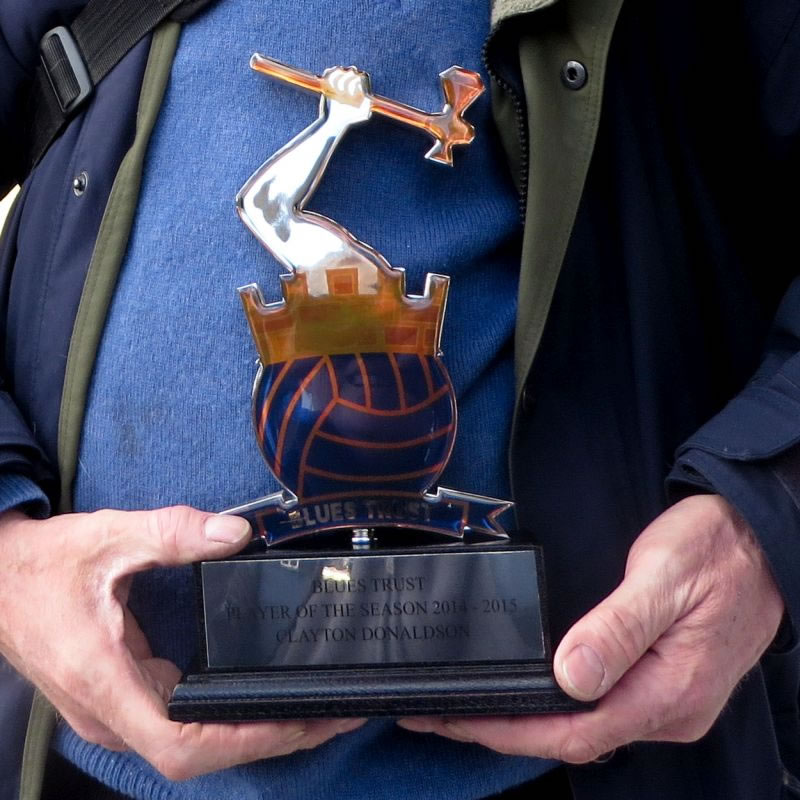 We recently sent a letter to our members asking for their views on giving an award to a player this season. Most of those who responded wanted Blues Trust to present an award. Opinions were divided on whether the award should be for player of the season or another category such as unsung hero or a player that best represents the values of the club.  For the sake of simplicity, we will call it player of the season. In our list of players to vote for, we are including first team players who have made more than ten starts this season and have listed them in order of the number of appearances they have made.

The poll is in the right hand sidebar and will be open until midnight on Monday, March 14th.

The cost of the trophy will be covered by donations made specifically for this.  Several people have already offered to contribute and one has offered to add whatever is needed in addition to their contributions. If you would like to contribute, please click on the “Donate” button above or below.

The trophy will be made by Neil Grant who runs Crescent Silver in the Jewellery Quarter, who also made last year’s trophy for us.  We feel it’s great to be able to give a trophy that has been made in Birmingham by a Birmingham City supporter.

When using this method of payment, you will be taken to a PayPal page but you do not need an account with PayPal to use it. All you need is your credit or debit card, and then follow the instructions on screen. If you have any difficulties in making a payment, please don’t hesitate to contact us.