I’ve just read The Game’s Gone, the autobiography of Tom Ross. On the back cover it says that he “is a one-off” and I agree with that.

Tom is clearly a man who excels at making friends and many of them have contributed to the book. It has two forewords, one by Jasper Carrott and the other by David Gold. And throughout the book, there are endorsements from a wide variety of personalities including Colin Tattum, Barry Fry, Lee Clark, Doug Ellis, Robbie Savage, Blind Dave Heeley and Brendan O’Carroll. He wasn’t so friendly with Peter Pannu and he includes some messages that were exchanged between the two of them. The book is full of stories about his family, his work, local radio and football.

One of the stories I enjoyed was about the time in 1991 when Tom was with the Birmingham City team at Reading University as they prepared for the Leyland Daf Cup Final. Tom writes:

“Training was totally amazing and to say it left me gobsmacked is an understatement. On the first day we got on the coach and I was amazed to hear the manager say we are going to drive around and find somewhere to train. That is exactly what we did – we eventually came to a field stopped the bus and climbed over the fence.” (from page 111) 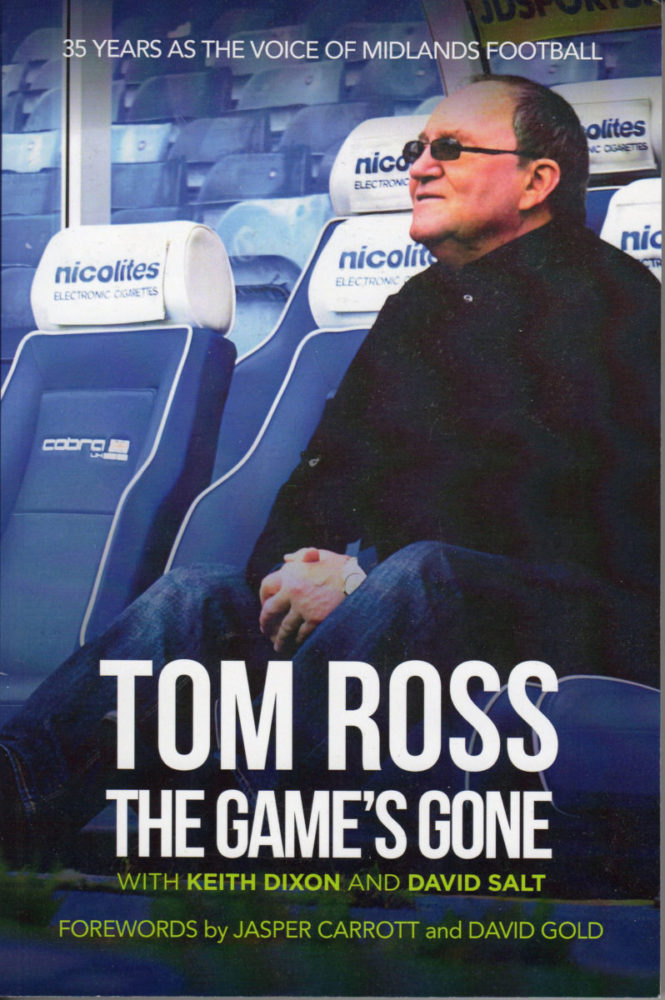 Tom shares his opinions as well as his stories and discusses why the game has gone. He says the formation of the Premier League has led to owners, managers, players and agents thinking that money is all that matters. He is sad that the game is out of touch with its fans and “that it has all but certainly gone for good and will never return to what it was.”

I agree with him that the game is never going to return to exactly what it was. The world has changed and there are some things, such as driving around looking for somewhere to train, we wouldn’t want back. Many of us would, however, like to see a greater connection between players and fans.  The atmosphere at the derby game on Sunday gave me hope that fans might be able to get some of that feeling of connection back. If you can get to our AGM on November 9th, you can join in the discussion with Tom and tell us what you think. Has the game gone or can fans get it back?