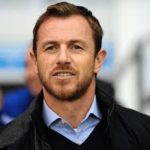 The announcement yesterday by the club and Trillion Trophy Asia Ltd (TTA) of Gary Rowett’s departure, together with all his backroom management staff, came as a great shock to everyone and with much sadness.  The decision to sack Gary Rowett as manager of Birmingham City FC has shocked the football world.  Sacking Gary and all his assistants is going to cause great upheaval and we don’t understand how this action is compatible with TTA’s statement, as recently as 17th October, saying

“We have not come in to make outlandish promises or to implement decisions that could cause upheaval to the detriment of the Club or team.”  (Read more at See New Blues owners TTA enthusiastic about Club’s future)

When asked to explain their plans for the future, TTA ask fans to trust their judgement.  It is difficult for fans to do this when no explanation is provided for decisions made, especially when most fans have significant questions about those decisions. One way of gaining the fans trust would be for TTA to give a clear explanation of why GR was sacked, and how his sacking will improve BCFC’s chances of progression in the future.  It is time for TTA to give the fans some answers. 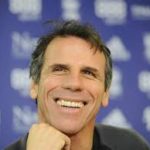 Although we find the circumstances of his appointment difficult to understand, we would like to welcome Gianfranco Zola to St Andrew’s, and, as dedicated Blues fans, wish him every success in his appointment as manager.