Thoughts after the Brighton game 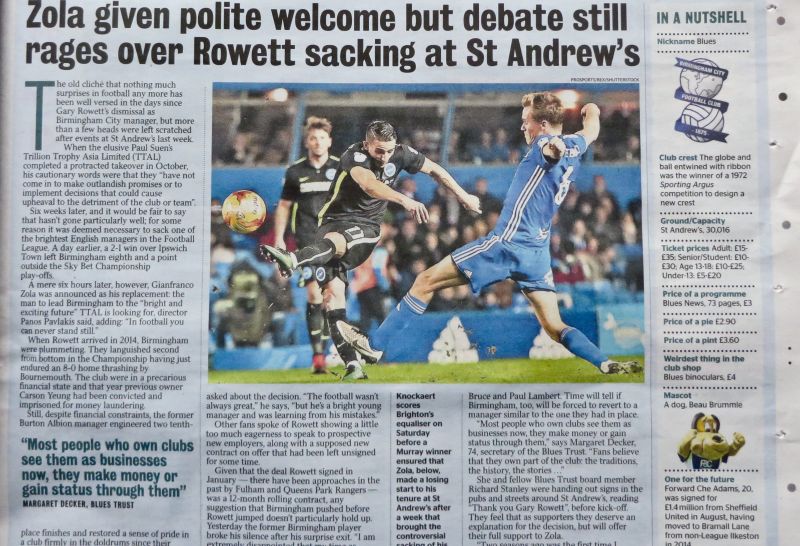 Conceding a goal right at the end is a cruel way to lose a game. Before the game, I heard a Blues fan on the radio saying that he wanted Birmingham City to lose because they had sacked Gary Rowett but I never want them to lose. Before a game and afterwards, once I’ve calmed down, I can regard a defeat as just something that happens. But during a game, I always desperately want my team to win.  So, Saturday felt like rather a disaster as I trudged away from St Andrew’s, listening to the jubilant Brighton fans praising Chris Hughton.

Now I have calmed down, I’m telling myself that it was a narrow defeat against a top team; our substitutions didn’t work as well as theirs did. One defeat after one day’s training with the team doesn’t mean that Gianfranco Zola is a hopeless manager or that our season is over.

I don’t have any inside knowledge of what goes on at the club so I can’t be sure which rumours are true. However, I agree with the Guardian’s view that “the key to any change of management is that you need to be pretty sure the new guy is better than the old guy.” I don’t see how anyone can be pretty sure that Zola will be better than Rowett. It feels like a gamble that may or may not work out. It doesn’t seem like the kind of gamble that would have been made by the senior management of our club, the people who have kept it running on an even keel during all the storms in Hong Kong. I think that their opinions have been ignored by the new owners and that worries me.

That’s why I’m glad that we had some ‘Thank you Gary Rowett’ posters printed and distributed before the game. It was a rush job and we had too few people giving them out. People holding them up were too scattered to make much of an impact. However, I’m glad I helped distribute them because doing something always feels better than doing nothing. It confirmed that many of the fans who came to the game were disturbed by the manner in which the sacking had been done.  Some thanked us for what we were doing. Those who didn’t take one, refused reasonably politely, even the person who told me that what I was doing was pathetic.

It was a small gesture but I think the media coverage it received helped to convey a message to our owners, telling them that we were not happy with the way that our manager was sacked. Having done that, most of us will support the team and manager we have got.  The article quoted above ended by saying, “As first big decisions go, for Trillion Trophy Asia this could be a whopper of a mistake.”  Let’s hope it won’t be. 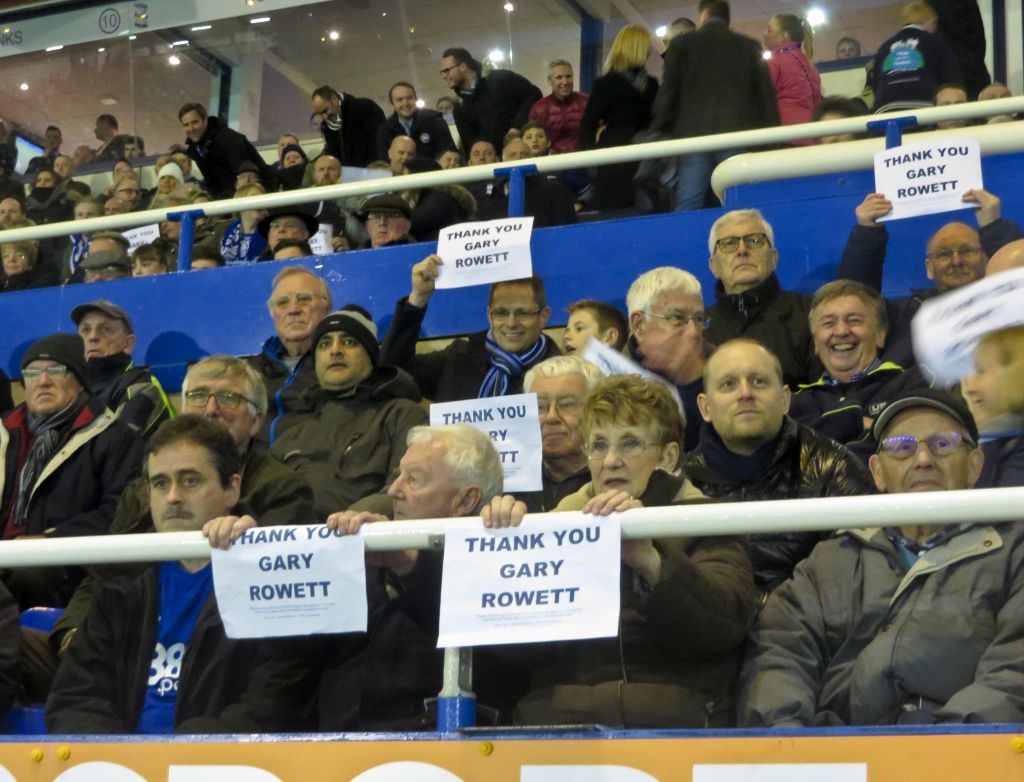 Thomas Tuchel: Chelsea are 'mentally and physically tired' says Blues boss
18 January 2022
Brighton 1-1 Chelsea: Albion further damage Blues' title hopes
18 January 2022
Everton: Wayne Rooney & Frank Lampard among contenders for managerial vacancy
18 January 2022
Afcon 2021: Ghana dumped out by debutants Comoros
18 January 2022
Jose Mourinho: Is Portuguese manager running out of time at Roma?
19 January 2022
1875: Hashtags and Postcards
17 January 2022
Where’s The Money Gone: Dong
13 January 2022
BCFC: Is It Worth It Any More?
10 January 2022
Coronavirus: Postponement Problems
27 December 2021
BCFC: Regime Change
20 December 2021
We use cookies on our website to give you the most relevant experience by remembering your preferences and repeat visits. By clicking “Accept All”, you consent to the use of ALL the cookies. However, you may visit "Cookie Settings" to provide a controlled consent.
Cookie SettingsAccept All
Manage consent