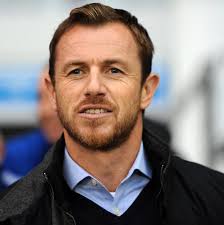 From a business perspective, Trillion Trophy Asia owns Birmingham City FC. The directors on their board can do what they want with their property. They can change the manager and, if they feel like it, they could change the club colours to purple and pink or to claret and blue.

From my perspective, as a fan, BCFC is not just a business. If I don’t like BCFC’s product, I’m not going to start buying my football in B6 instead. I feel that I am not just a customer but that I have a share in the ownership of my club.  Together with other fans, I own the memories, the stories and the history and I also share the responsibility to pass these on to future generations.

I am aware that not all Blues fans feel the same way as I do.  For some, the sense of connection with the club is not so important.  If the standard of football is not good enough or the team not successful enough then they won’t buy the product. They can stay at home and see better football on TV.

Fans will also have different opinions on the appointment of Gianfranco Zola as manager. If Zola brings success and promotion then some won’t miss Gary Rowett. Others, like me, will continue to regret the way that Rowett was sacked and that he wasn’t give more time to develop as a manager. Young managers, like young players, make mistakes and learn from experience.  Rowett transformed a dispirited group of players and changed a relegation threatened team into playoff contenders. He has done well and could develop into a very good manager.

I think most Blues fans, whatever their views, would like to thank Gary Rowett for what he has done for our club. For once, it would be nice to show some unity and instead of arguing about differences of opinion, come together to express our thanks. That’s why Blues Trust are thinking of getting some posters printed saying, “Thank you Gary Rowett”. We’d suggest that fans hold them up for the first two minutes of the game, for Gary’s two years with us, and then put them away and concentrate on supporting the team.

Sorry, there are no polls available at the moment.

Click here for draft of poster. Please feel free to print off your own poster.

Euro 2022: Biggest women's sporting event in European history ready for lift-off
5 July 2022
Euro 2022: England are 'ready to go' for Euros opener with Austria - Sarina Wiegman
5 July 2022
Premier League player questioned over two more rape claims against a different woman
5 July 2022
Christophe Galtier: Frenchman named Paris St-Germain boss after Mauricio Pochettino exit
5 July 2022
Kelly Smith column: Why England must embrace Euros challenge
5 July 2022
BSH: Not The Announcement You Are Looking For
1 July 2022
BCFC: The Impending B-Day
29 June 2022
BCFC: Don’t Panic About Future Funding
24 June 2022
BCFC: Talking Takeovers IV
22 June 2022
BSH: Announcement Analysis
15 June 2022
We use cookies on our website to give you the most relevant experience by remembering your preferences and repeat visits. By clicking “Accept All”, you consent to the use of ALL the cookies. However, you may visit "Cookie Settings" to provide a controlled consent.
Cookie SettingsAccept All
Manage consent