Thoughts on the Q&A with Zola

On stage, he was joined with First Team Coaches Pierluigi Casiraghi and Gabriele Cioffi, to chat about Blues, his career and football in general.

The event, which was sponsored by No5 Barristers Chambers, raised more than £2000 on the night for brain injury charity Headway.

Blues Trust was fortunate to have two of our Board members present, Secretary Margaret Decker and Chair Cliff Horrocks.  Below, you can read their personal thoughts of the evening’s events.  Just click on the appropriate tab below. 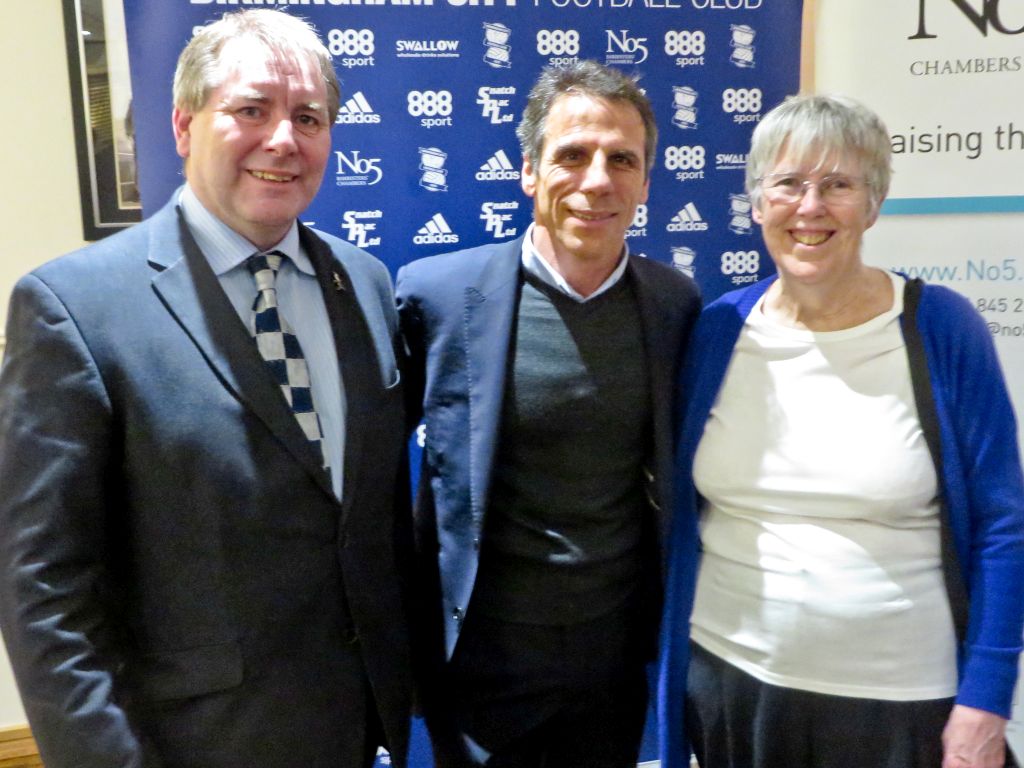 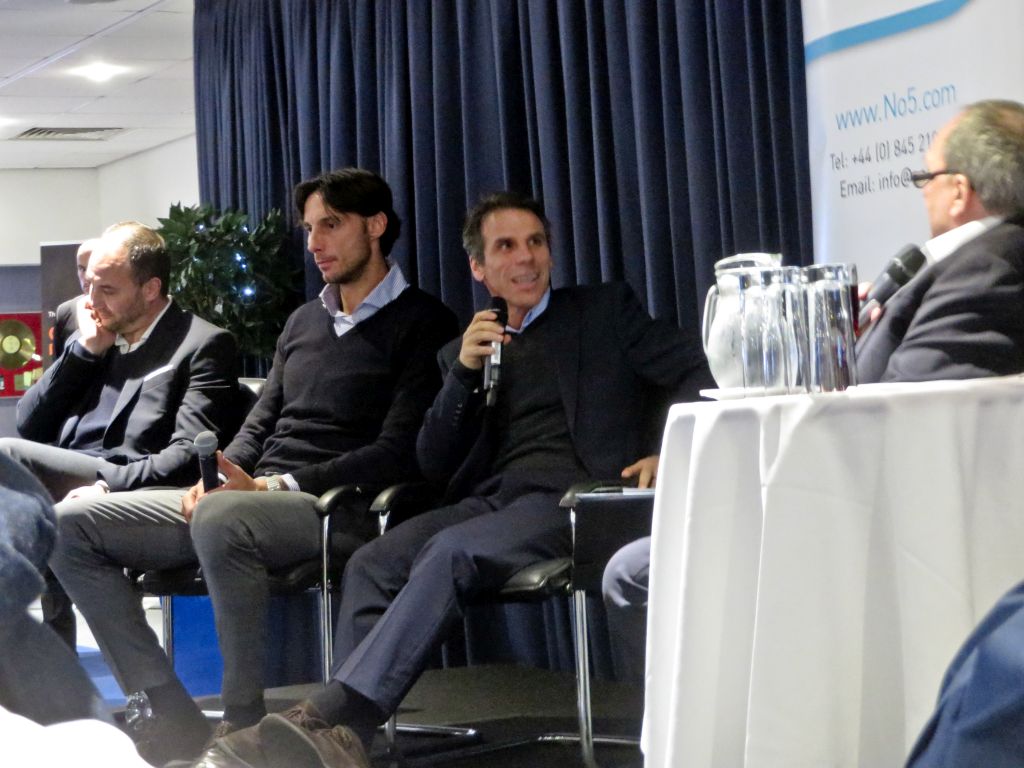 After the QPR game on Saturday, I wasn’t at all sure I wanted to go to the Q&A with Gianfranco Zola on Tuesday evening.  By the end of the evening, I was glad I’d been there because I had heard some things that encouraged me.

I think the club is being run in a more business-like manner than it was under the previous owners. If we don’t get promoted at the end of next season; it won’t be the financial disaster that it could be at a club that pays out more in transfer fees and salaries.  Zola said that they were trying to “create value” by improving the current players but would also bring in new players for next season.

Panos Pavlakis and one of the other directors were there, the one listed as Gannan Zheng on the club website.  On almajir.net his name is listed as Edward Zheng Gannan and on Twitter it is spelt Edward Cheng, @Birmingnese.  Some directors are present at most Birmingham City games. Zola said that the stories about him meeting with them after the QPR game to discuss resigning were media hype.  When asked if he would meet with the directors, he’d replied, “Yes,” because he routinely meets with them.  The main message of the evening seemed to be that they have a long-term plan and Zola is not going to be sacked in the near future.

Tom Ross put the questions to Zola and the two first team coaches, Pierluigi Casiraghi and Gabriele Cioffi.  They explained that they wanted the team to take the initiative on the pitch. They knew that was more difficult than just reacting to what the other team did because it meant that the players had to have ideas. They talked about the need for players to stay focussed and to believe in themselves.  The three men sounded as though they believe in what they are doing and said that the players also believe in the approach.  Zola said that if he hadn’t seen that the players believed in his vision he’d be gone.

The three men were likable and talked a good talk. The owner and directors seem willing to give them more time but Zola and his backroom staff need to show that they can also get our players to play a good game and get results.

I am fortunate enough to have been able to afford to attend the ‘evening with Gianfranco Zola on Tuesday night at St Andrews. Hearing the man speak from the heart has helped with my despair at the prospect of a relegation fight.

I am hurting for many reasons; the unfair sacking of GR, feeling that we would be pressing for the playoffs without this, the results since then, not knowing where the next point will come from, worry that the players are unsure what they are doing, etc etc.

It’s a bit like the Brexit vote for me;  whilst I am hurting and unhappy with recent events I have to accept where we are and look to the future with an open and positive mind. We all expect the manager of our club to say the right things in an interview and take with a pinch of salt the soundbites reported. However, listening to Zola and his coaches answering questions for over an hour was what I needed to make me realise that my thoughts about the future are influenced too much by my current hurt.

If I forget the hurt and look positively forward then I can easily buy into the philosophy of eleven players all being attackers and defenders and not giving up the opportunity of attacking when you get the ball by giving it away.  GZ and his coaches explained this philosophy in much more detail so forgive me for attempting to summarise my interpretation.

The dream of promotion this season has gone and it hurts. My plea is to put that behind us and get behind the new dream of Zola’s way of playing being delivered on the pitch and bringing results towards the end of this season and giving real hope of winning the championship with style next year. I will be getting behind the players as they continue to work hard on the new dream.