Like most Blues fans, we were very surprised and disappointed to hear of Harry Redknapp’s sudden dismissal on Saturday evening. The team’s start to the season has been less than ideal, but then so had the summer’s preparation, which proved unusually difficult for even an experienced manager to assemble the squad he desired in good time. This set us on the back foot, as was predicted, and the busy Championship schedule does not offer much respite for teams a few steps behind. 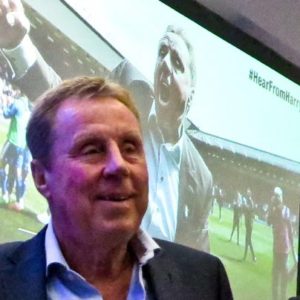 Having completed so much of our transfer business on the window’s final day, it would only appear logical to have afforded the manager and his staff time to find the right blend. We had already witnessed some encouraging signs prior to Saturday’s setback.

Instead we must begin the search for our fourth manager in less than twelve months. Football clubs only ever enjoy lasting success through consistency and careful planning. The legacy of instability is failure, as evidenced by the abundance of historically powerful teams that currently languish in the lower reaches of the second tier.

We therefore call upon the Board to take their time in order to make the right appointment, and to make use of whatever expertise or experience available to them to ensure that they attract a manager capable of implementing a long-term strategy for success. Whoever this is will require not only the full support of and clear direction from the Board, but also their patience whilst the necessary adjustments are made.

The Trust would like to place on record our sincere thanks to Harry Redknapp and his team for their hard work, not only in saving Blues from relegation last season, but also in equipping the Club with a squad of promising players which we are certain can still make a positive impact this term. We wish him and his staff all the best for the future.