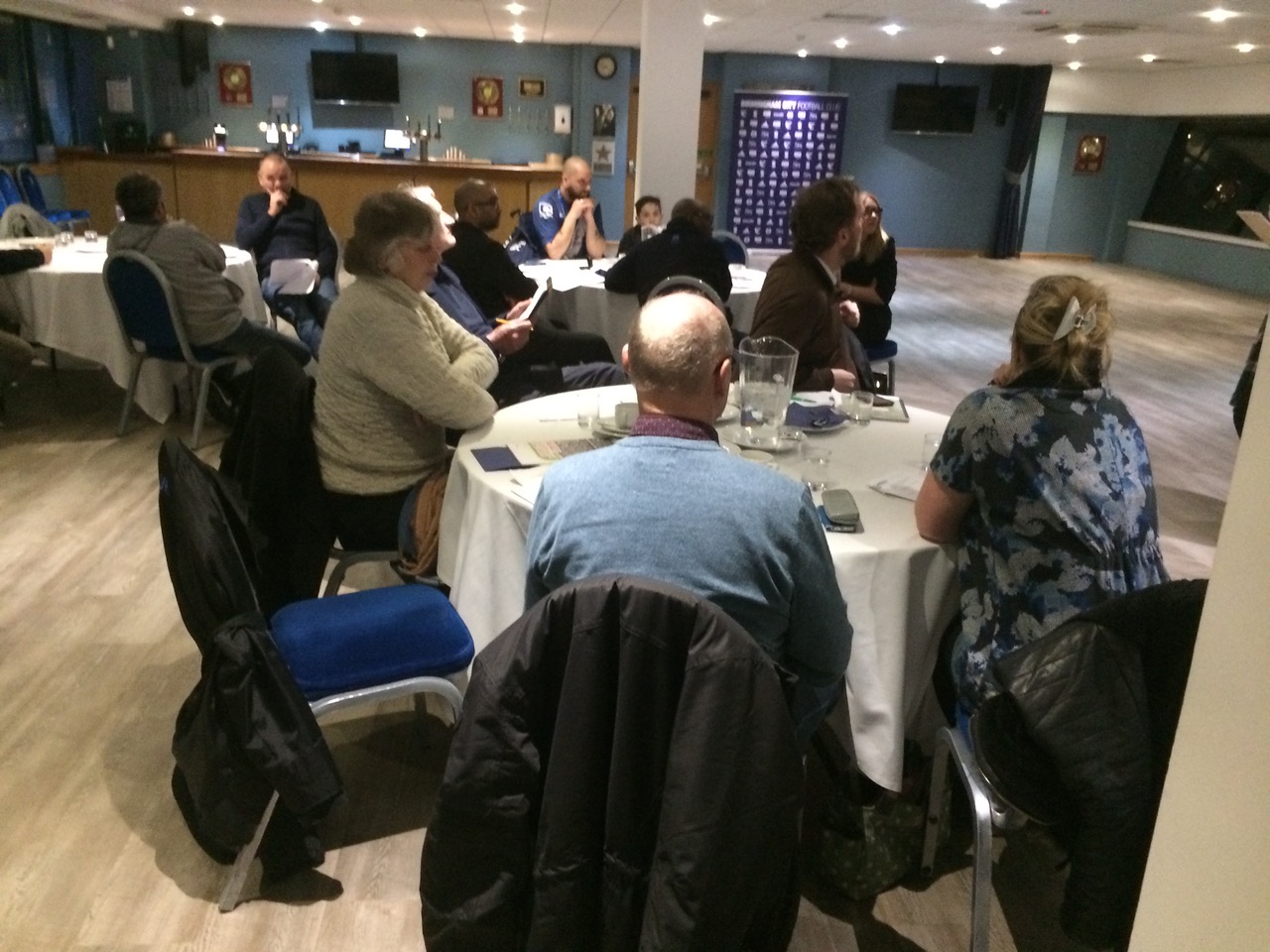 We attended the Supporters Forum at St Andrews last night, hopeful of getting some answers to the questions we had submitted in advance. Unfortunately we came away none the wiser. The detail of what was said is below, but in short the questions regarding the club’s financial position and how certain people are connected with the club did not make the agenda. The response to the question regarding transfer activity seemed to contain a lot of ‘red-herrings’ and there was an acknowledgement that arrangements for engagement with fans could be improved.

We came away disappointed, and reflective of the overall situation we find ourselves in as fans. We see players not playing, a manager not managing, recruitment not recruiting and staff unclear of what’s going on. It’s reasonable to surmise that all is not well at the top, but in the absence of communication from the Board and owners we fear the worst. If there is a plan for our club, then now is the time to set it out for the fans in order to dispel our fears of financial difficulties, sanctions from EFL, relegation and following the path down to League 2 as seen at Coventry City.

Because we have not had our questions answered meaningfully then we call upon all Blues Fans to ask these questions again and again, louder and louder until we get answers. Please write, email and use social media but please show respect and do not insult or become personal in asking. Remember, whilst we think things are being run poorly from the top, those involved are not trying to do a bad job and have to rely on advice about how to run a football club.

Q1 At the last meeting we enquired if supporters’ groups are considered stakeholders of Birmingham Sports Holdings (‘BSH’) and whether we could join the share option scheme. Your representatives were unable to answer on the night and promised to ‘ask Hong Kong’. Do the club have a full answer for us yet?

A No answer yet and unsure of reason for not having an answer.

Q2 We saw very little incoming activity during the last transfer window. What are the reasons for this? Please comment on the speculative suggestions below:

A Advised that in 17/18 we have signed 14 players, 10 in the January window (discussion drew out that the 10 in the window were new contracts being signed or youth players being taken onto professional contracts – but this is supposition and the 10 could not be named). There was acknowledgment of limited incoming activity with a list of reasons for this including availability, price of players, manager wanting to move some players on, offers from other clubs accepted by player, targets and financial issues.

The specific points asked did not make the agenda and so were not addressed.

Q3 In the light of the significant losses warning for BSH on the Hong Kong stock exchange, what are the high-level plans to ensure that we operate within Financial Fair Play regulation. How will we increase revenue, reduce the wage bill, and avoid a fire-sale of our best players?

Issue did not make the agenda so was not addressed. During the meeting we were advised that the board is aware of the Financial Fair Play regulations.

Q4 How are the following people connected with the club?

Issue did not make the agenda so was not addressed.

Q5 Blues Trust, whilst very supportive of the supporters forums, have notified the club a number of times that it has concerns that it is not fully complying with EFL rules on supporter engagement because strategic and financial matters are not addressed in any depth at forum meetings. Does the club have any intention to implement any of the options regarding improved fan engagement offered in the publication “Engage” published by Supporters Direct – for instance, fan representation at Board level, or facilitation of a face to face meeting with Board personnel?

A The club have been in contact with EFL regarding compliance and whilst not accepting there is non- compliance, the format of supporters forums and the representatives attending from the club (Blues Trust were insistent that it needs to be Board level) would be reviewed and improved. The supporters attending agreed to help in designing the new format.