Staff, players and fans agree that fans have an important role.  Here are a few quotes.

“I’ve played here as an opposition player many times and played against some good sides here and seen the atmosphere and what type of club it is. We all know about the history of the Club and the size of the support. And then you get days like today and Bolton away with the amount of fans we took there.” Garry Monk

“Busy days at Wast Hills. Every detail is crucial, including your support. On Saturday we’ll be a united force!” Pep Clotet

“When we’ve gone behind or not been playing well you can always hear the fans urging us on and that’s a big plus for us players out on the pitch.” Jacques Maghoma

“I think the backing of the fans cannot be understated. The huge crowds at home have clearly given the team a lift in recent weeks with players and coaching staff alike recognising the power of the fans to help push the team that extra mile to victory.” Daniel Ivery

The atmosphere at the Sheffield United game on Saturday was amazing. There is no better feeling than players, staff and fans all pulling together. When we ask the owners to talk to us, it is because we feel that we are a part of the club. 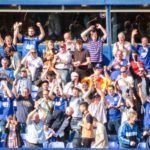 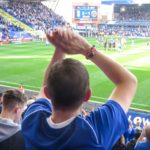 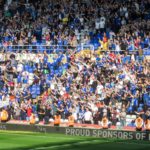