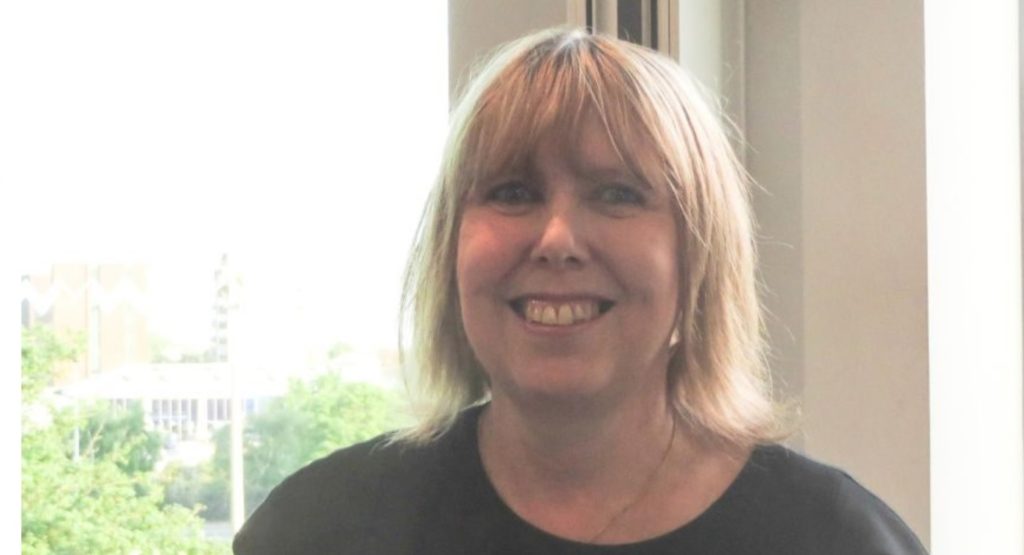 Birmingham City fans started thinking about forming a supporters trust in 2011, after our team got relegated and its owner was charged with money laundering. We got in touch with Supporters Direct and Jacqui Forster was assigned to help us get our rules registered.  She had to come to Birmingham to attend a meeting and asked if I could meet her in the city centre.

So, on November 23, I stood outside a coffee shop looking for a woman carrying a bag with ‘SD’ on it.  She arrived, we had a drink, talked and, by the time she left to go to her meeting, she was no longer a stranger but a friend.

My only qualification for acting as secretary of Blues Trust was that nobody else was willing to do it.  I’m not sure I would have persisted in registering our rules without Jacqui’s encouragement and friendship.  She made it seem doable and worth doing; her enthusiasm kept me going.

Jacqui died last week, after a long battle with cancer.  When I tried to write about what she meant to me and Blues Trust, it was hard to find the right words to describe her. I tried Googling “opposite of jobsworth” and was informed, “We do not currently know of any antonyms for jobsworth.”  I’d like to suggest that someone who does a great job, goes above and beyond, is helpful and friendly should be called a “Jacqui”.

She will be missed by many people who have been encouraged by her help and friendship.  I have provided some links below to other tributes.

Supporters Direct   “Jacqui was passionate and dedicated, and has been involved in almost every one of the 200 supporters trusts at some stage of their development. Alongside her professionalism was a personality and warmth that will be fondly remembered and sadly missed by all in the movement”

Coop News   “Jacqui’s fortitude and determination not to give in was an inspiration to all who knew her.”

Women in Football   “Jacqui . . . was rightly proud of her inspirational new venture, Women at the Game, an initiative to encourage women to meet before a match in somewhere like a café or coffee shop and go to the game with other females in a supportive environment”

BlueMoon   “She was a true friend of the ordinary football fan and a sworn enemy of those owners who dismissed their clubs’ fans as an irritant.”