We have been told that supporters groups will, as usual, be able to present awards to players at the end of the season. The provisional date for these awards to be presented is Tuesday May 1 but we don’t know any details yet.

In previous seasons we have presented an award made in Birmingham by a Blues fan and would like to do the same this year. Please vote in the poll below for the player that you think should receive the Blues Trust player of the season award. The players included in the poll are listed in order of their squad numbers and have all made more than 25 appearances this season. The poll will close at noon on April 17.   Note This poll has now closed.

Below the poll are pictures of the players who have won this award in the last three seasons: David Davis, Maikel Kieftenbeld and Clayton Donaldson. 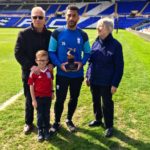 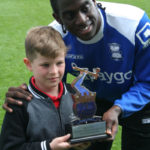