Birmingham City fans have experienced plenty of the joys and sorrows we sing about in our anthem. This week we have had a taste of both.

On Wednesday, 2,000 fans attended an open training event at St Andrew’s and had the chance to get close to the players. Social media was flooded with pictures of joyful fans getting signatures and selfies with the players and there are more pictures on the official site.. The sorrow came on Thursday when Daniel Ivery published a post that questioned the truth of reassurances that everything is fine at the club. Daniel’s track record as an investigative journalist means that his concerns have to be taken seriously.

I would prefer to know the truth even if it is bad news and I think a lot of other Blues fans feel the same way. I would hope that Garry Monk has been told the whole truth about the Financial Fair Play situation. Appointing him as manager was one of the best decisions the club has made in recent years and I am encouraged by his talk of planning for the future. I would not want anything to disrupt that. It would be bad to lose some of our better players through injury or transfer, but it would be much worse to lose our manager.

If what I fear happens and the transfer embargo is not lifted, it would increase the opportunities for our young players to step up to the first team and show what they can do. And Monk would be the right man to oversee that; he has already shown his willingness to give young players a chance. He understands the importance of the connection between players and fans and seems to have conveyed this to the players. The last thing I’d feel like doing after a training session on a hot day is to spend an hour going down a long line of fans, signing autographs and smiling for photographs but that’s what all the players did. That is the kind of team I can support. 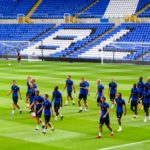 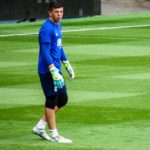 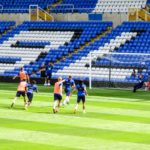 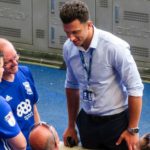 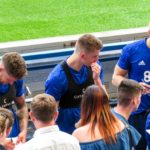