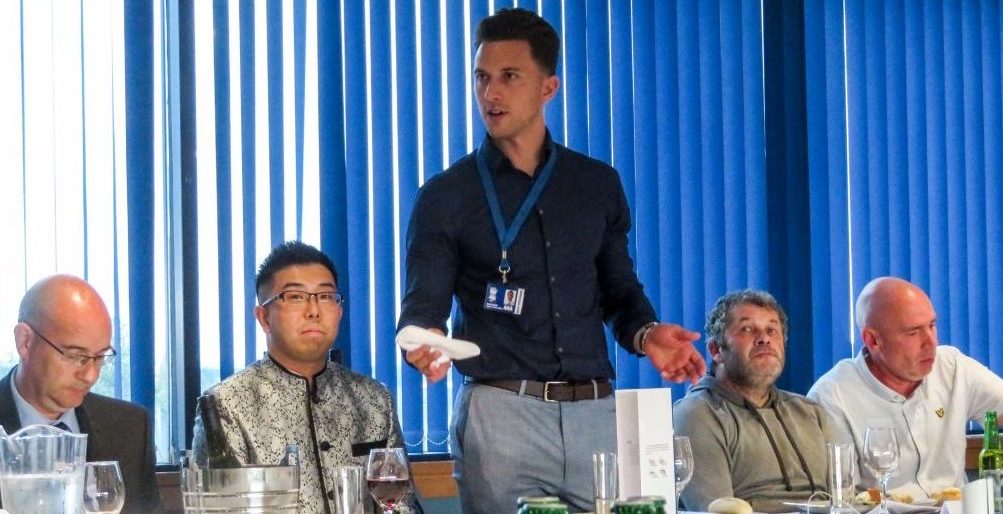 Birmingham City fans have been reacting in various ways to reports of the Supporters Forum on Thursday and the Telegraph article about a possible 12-point deduction.

I was at the Supporters Forum meal on Thursday evening and would like to say that being given a nice meal is not going to stop Blues Trust asking questions.  We have not signed a charter saying we will not criticise the club but, in a previous season, were given a Code of Conduct that indicates the behaviour they expect from recognised supporter groups.

Blues Trust would be willing to sign a confidentiality agreement with the club given the right circumstances.  We’d like to have a relationship with our club similar to the one that members of the Fulham Supporters Trust (FST) have with their club.  FST members meet monthly with senior staff of the club and are able to have frank discussions because FST and the club have a Memorandum of Understanding. This includes an agreement that the trust will not disclose any confidential information without the express written permission of the club. (Click here for more details on FST and their MoU.)

It took years for FST to develop the relationship of trust with their club.  Blues Trust board members know that it will take time to establish a good relationship with ours.  We need to show that we are trustworthy, and we also need to show appreciation for anything positive that the club does.  I believe that the owners need someone that fans can talk to.  On Thursday evening, I began to think that Edward Zheng might be able to be that person.  As I said in my report of the evening, it seemed like a step in the right direction.

Regarding the second topic, the possible 12-point deduction, I don’t know how the Telegraph got information on this.  I just know that we have broken the rules and the Disciplinary Commission will impose sanctions.  A large points deduction seems excessive and I hope, as Brian Dick suggested in his article, that it is just “an opening gambit by the EFL.”

(Click here to read the EFL rules on disputes and appeals and  here for an explanation of how the Financial Fair Play rules are applied.)

If you can’t yet commit to full membership but would like our newsletters,
why not become an e-member for free?
e-membership does not carry any voting rights.