You may think this a strange post to find on a Blues Trust Website. It’s a personal post and it will probably mean more to older members but I hope you will find it an interesting article, and that having read it, the point in the title will resonate loud and clear. Please let it be understood that this article is in no way intended as a criticism of our existing owners, whose representatives in the UK show an understanding of the importance of tradition to the supporters. It does shine a light on football culture in the UK and the significance of a football club to all those associated with it. Please read the article The Football Club That Refused to Die: The Tragedy and Beauty of Third Lanark at this link as well if you have time. It’s both amusing and poignant. The programme referred to is unfortunately no longer available on iPlayer.

In 1967, Third Lanark (remember them?) founder members of the Scottish Football League and a club with a proud tradition went bust after being run into the ground by the club owner. He bought the club in the mid-sixties to sell the ground and build houses on it only to discover that the land was designated for recreational use by the Glasgow City Council. So he bled the club dry until it went bust. In 1970, I visited the derelict ground, and last Saturday thought I’d make a pilgrimage to see how it compared with my memory.

To my complete amazement, when I arrived there was a match being played. The photos show the old terracing and bowl that was Cathkin Park (strictly New Cathkin Park). There are trees growing out of some of the terracing, but some sections are still usable. The only part of the ground missing is the old main stand which would have been down the left side of the pitch in the first picture.  The ground is now used by the Jimmy Johnstone (remember him? – one of the Lions of Lisbon) Academy. There were at least 150 people watching, though sadly JJA lost 4-1. 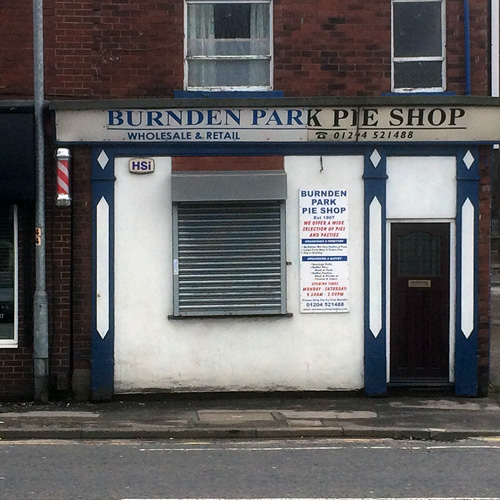 You’ve probably realised that I am a football nostalgic. I guess it’s my age. It is after all difficult to be nostalgic if you are only 19. I do wonder if the University of Bolton/Macron/Reebok Stadium will still be there in 50 years time if Bolton Wanderers, founder members of the English Football League, become defunct through the failings of their owners. And if so, I wonder how many pensioners will go along in 50 years time for a nostalgic visit. They could of course, just go to the Asda store, now built on the site of the old ground at Burnden Park, or visit the still functioning Burnden Park Pie Shop.