I groaned when I opened the WSC magazine and saw that the editorial was on pitch invasions and included a picture of the man who invaded our pitch and punched Jack Grealish. I didn’t want to read anything more about that. But I did read it and was interested in its comments about the recent rise in extremism and fans policing themselves so that “the majority don’t suffer the consequences from the actions of a reckless minority.”

The magazine also contained an article on stewarding. It explained the difference between stewards and security staff with Security Industry Association (SIA) badges. Stewards receive little training; they have been walked round the ground, told where the toilets are and given a high-vis jacket. The article says that “expecting low-paid, poorly trained stewards to take control of pitch invasions is unrealistic”. Security staff have had training and should be the ones to tackle such incidents. There are fewer security staff than stewards because they get paid more. The article concludes that training stewards close to an SIA standard is cheaper than training policemen and having more trained stewards would be better than having more police.

If you want to read these articles yourself, they are in the May Issue 386 of When Saturday Comes. It also has other articles, photos, cartoons, quotes and readers’ letters. I find something worth reading in every issue. 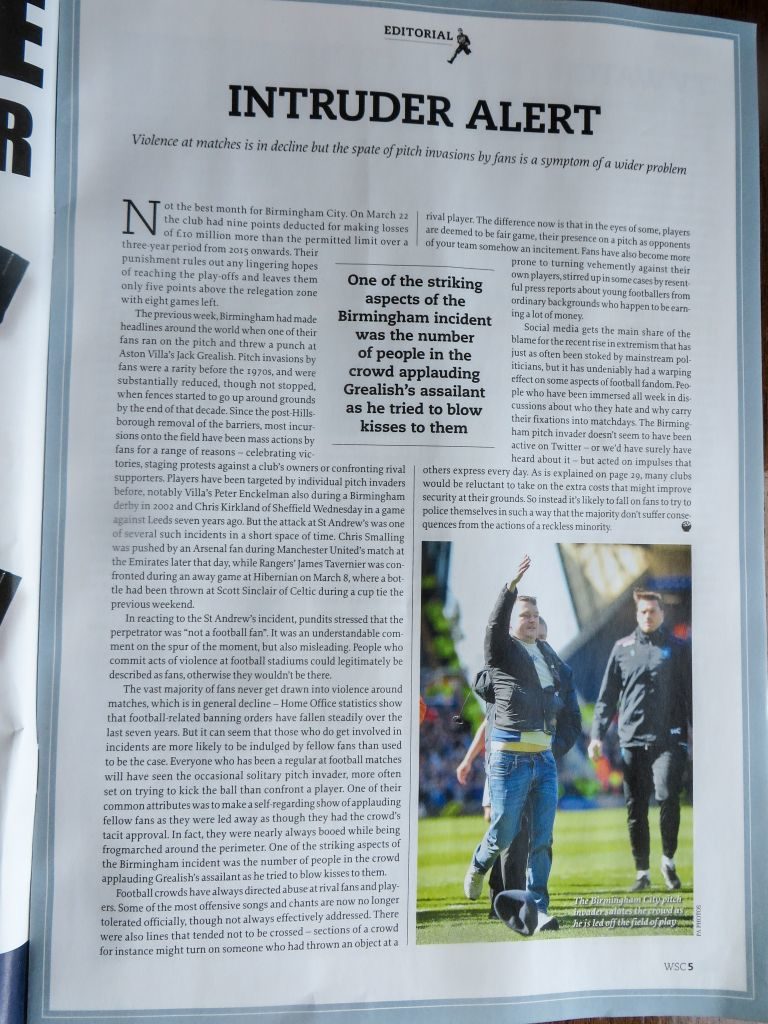 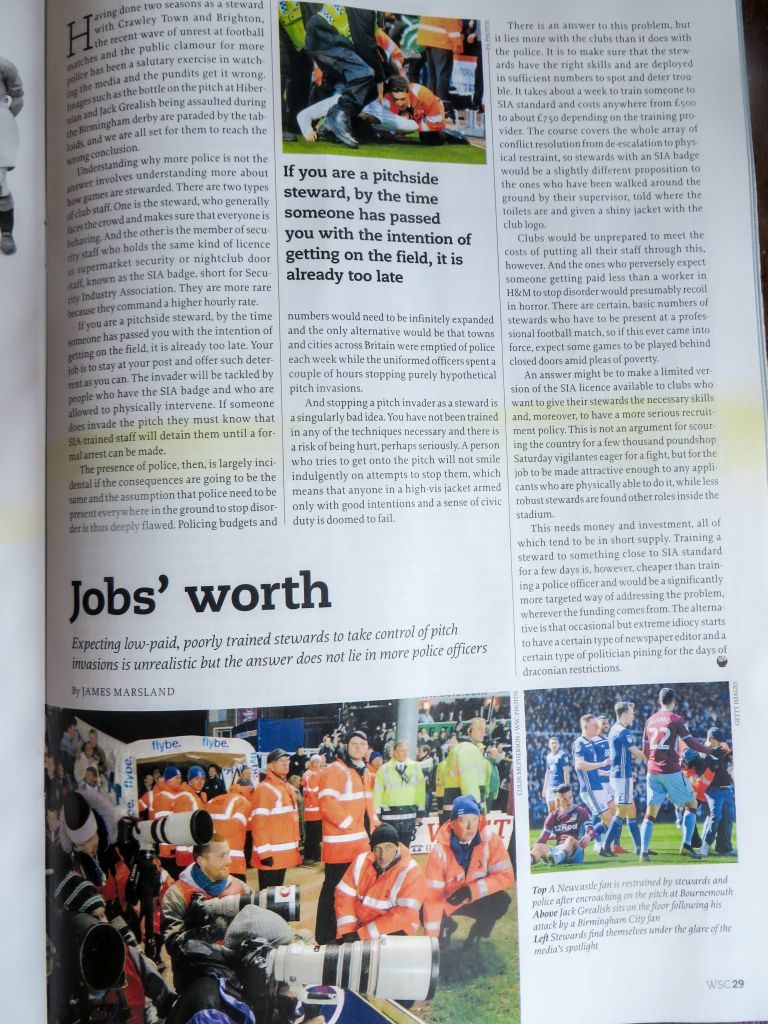