Community Shares – What are they?

Blues Trust is considering how it might react to possible scenarios in the uncertain future of Birmingham City F C.
Blues Trust already has a small minority shareholding in the Club and it would consider buying more shares if that ever becomes possible and in the event that funds become available. Other supporters’ trusts and clubs have raised money to buy shares in their Club by the Trust issuing Community Shares.

A Club can command a place in the community connecting people like few other things in modern day society, whether that’s through watching, volunteering, participating or just providing a sense of identity.

Community Shares offer an opportunity to further that connection, between individual and club, by enabling individuals to invest in it in a meaningful way.

What’s more there is the possibility of huge benefits to your Club by raising money that can change the Club forever, such as enabling the community to collectively buy the Club or a share in it. 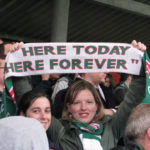 The guidance provided by Supporters Direct introduces a relatively new approach for Clubs to raise money, explaining why it believes it is the perfect match and how Community Shares fit with the traditional methods of raising money that Clubs are more familiar with.

Some Clubs are already seeing the benefits and the case study below describes the success of Pompey Supporters Trust.

Is it time that Blues Trust considers how it will fund its aspirations?

Blues Trust is set up as a registered society under the Co-operative and Community Benefit Societies Act 2014 and has the capacity to issue Withdrawable Shares.

Many Clubs that are incorporated as Companies have sold shares to raise capital. However, by law, a private limited company cannot make a public offer, so the shares are usually bought by a handful of wealthier supporters, who end up owning and controlling the majority of the shares. Some clubs have also sold lots of small shareholdings to members or supporters, but it is usually very difficult to resell these small shareholdings, making them more like a donation than an investment.

Using Community Shares is a great way for a community to purchase a Club, be that by providing a planned exit route for an existing owner or to take over a club in crisis. 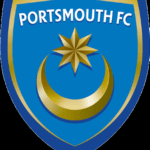 PST surveyed 6,000+ supporters establishing that Pompey supporters wanted to be formally involved in any new ownership structure, and were willing to invest money in a credible and financially sustainable community buy out of the club. They followed the survey with a pre-share offer asking for deposits of £100 to test the appetite of the community, which paved the way for a full community share offer.

More than 2,000 individuals have now invested the minimum £1,000 or more in the scheme, a figure which was set at an unusually high level because of the need to raise a large amount of money quickly. To help with the speed of the deal they partnered with a local credit union who were able to offer individuals the chance to borrow money to join the scheme. This show of support helped attract other finance – approximately £1.5 million from individuals willing to part with £50k or more known as the Presidents who hold a minority shareholding, a short term loan from Portsmouth City Council of £1.5 million and a loan of £2.75 million put together by PST from a local property developer, secured against the future ownership of the stadium.

The defining features of a CBS are that it:

Community shares are different to normal shares in that they:

All the above information has been extracted from booklets provided by Supporters Direct. You can read the booklets from the following links: