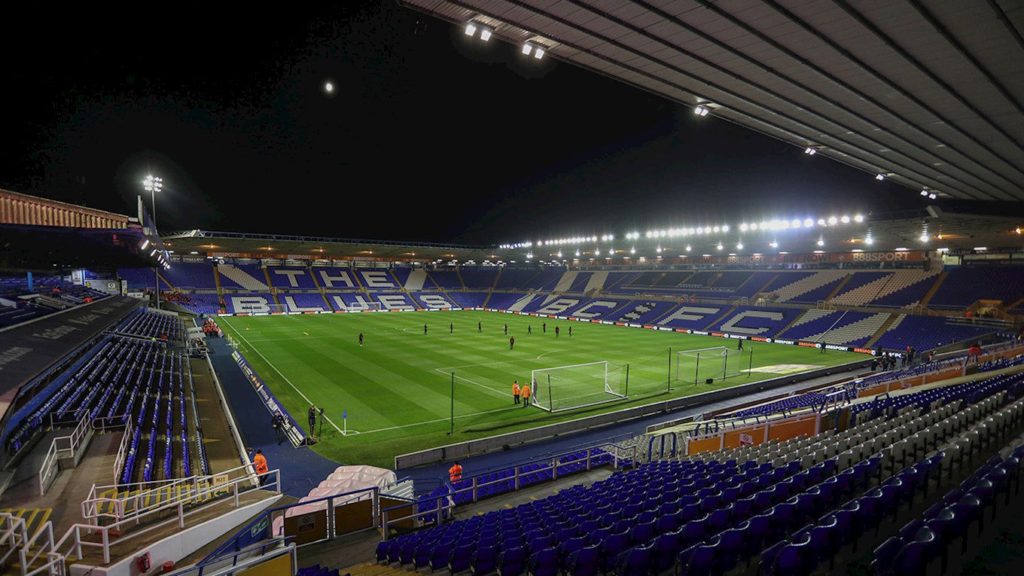 These are the thoughts of one of our members. They are the opinions of that person and not necessarily those of Blues Trust. Something to get off your chest? Do you have an idea for an article? We’d like to hear from you.

60 Years ago when I was an 11 year old kid delivering newspapers and proudly wearing my Blues scarf, an old guy in a black trench coat approached me. He smiled but shook his head and said “ Son, give them up now or they will break your heart, they have already broken mine.”  He had a point.  Now I am at the other end of my life I can only reflect upon the betrayal of us fans by useless incompetent owners who fobbed us off with second best managers and players.

Not long after I received that advice from the guy in the trench coat, a proper Blues supporter did buy the club………..

See below for ownership performance in different eras. Click on red < > arrows.

Not long after I received that advice from the guy in the trench coat, a proper Blues supporter did buy the club.  He then paid big money for the current England centre forward Barry Bridges and not long after that, two more England centre forwards in Fred Pickering and Jimmy Greenhoff.  He tried hard to bring in Brian Clough.  Clifford Coombs loved the club and really cared about it.  He was the only decent owner in my lifetime.

Clifford’s late son Keith took over, but he was not cut from the same cloth and there was a terrible lack of ambition and investment.  After the Francis, Latchford and Hatton side won promotion, Blues had a dodgy start in the Big League.  After Christmas however it was a different story.  Blues won more points between Christmas and the seasons end than Liverpool who became champions.  Blues had the basis of a title winning team.  Plenty of top stars at small clubs were there to be taken for peanuts.  Keith settled for second best and for my lifetime the big chance was gone.

Owner Score 5/10 Sorry Keith but you did not build on your father’s work.

Then the abuse really started.  The next owner Ken Wheldon invented the policy of austerity and cost cutting.  The Elmdon training ground was asset stripped.  Investment in the team was non-existent.

Owner Score 2/10 No vision, no enthusiasm. Don’t know why you bothered

The Kumar’s were simply a joke.  They ran the club like a market stall swop shop.  Their employee Annie Basset introduced the membership scheme with the effect of halving our gate receipts and our fan base at a stroke.  What a success that was.

David Sullivan and The Gold brothers

Some reports have said that David Sullivan and The Gold brothers only cared about money and eventually selling the club for a big profit.  Would they have sold the club to Fred West if he had got more cash than Carson?  Surely people with their business acumen must have known that Carson was dodgy.  Karren Brady may probably have been more interested in her annual bonus than anything else and even introduced the away games tax.  Would we have been better off if she’d kept Pesch and sold herself to the Albion?  After Blues she soon worked the same magic at West Ham and the bubble blowers lost their beloved Upton Park.  When Kenny Cunningham said that the Birmingham City set up was soulless under their regime, it was unpleasant to hear but had the ring of truth.  They also failed to complete the rebuilding of the ground as promised.

Owner Score 6/10 No emotional connection. You lost interest and sold us out.

Carson Yeung probably did more damage than any other owner, but he did provide the money that enabled the cup win.  After the fiasco of his arrest, having to sell Ben Foster to West Brom and Scot Dann to Palace was heart breaking.  There were other high‑profile sales but those two hurt me the most.  Then came the administrators and the grossly overpaid Peter Pannu.  He was more famous for his salary and expenses than anything positive he did.  With Blues near the top of the Championship, he made Chris Hughton sell Jean Beausejour and Liam Ridgwell in the January window.  Those two were very decent players in the Championship.  Chris Hughton’s noble attempt at rescuing us was damaged.  He could see the writing on the wall.  It was inevitable that someone of his quality would not continue to work for them.  After that it was a race to the bottom.

There was some money available while in administration from Paul Suen as the drawn‑out sale to TTA developed and some was used for Che Adams.  I liked Gary Rowett in many ways but there was still tight budgeting and it was beating him.  The football the team produced in his last game against Ipswich was turgid.  Nevertheless, we were not a laughing stock.

Then came Trillion Trophy Asia.  They appoint serial team manager failure Zola !!!  Now we were a laughing stock.  Then Harry Redknapp was appointed. He did such a poor job along with all the dodgy agents and technical advisors in wasting the £30 Million.  Then poor Steve Cotterill, probably a decent lower leagues coach, but by then it was a poisoned chalice.  When one half of the team earns three times as much as the other half then disaster awaits.  Cotterill although poor took all the abuse that Redknapp was more deserving of.  Gary Monk was first class and none of us will ever know the full truth of the dismissal.  I do have the opinion though, that Monk’s dismissal could have been avoided and was clumsily handled by Ren.

I have to say that a recurring theme of the club during my lifetime has been the lack of quality and entertainment.  I do not go along with the DNA theory.  We must not be satisfied by courage and a battling attitude.  The best players make the difference and especially during the last few years we have suffered in that respect.  The owners are right in wanting to give us something entertaining.  The problem is they don’t want to pay for it.

Of course, keeping Mutch, Redmond, Butland and Gray would have made a massive difference to the quality in the team.  We received £10 Million for the bunch of them.  What a scandal that is.  Why bother having an academy at soft touch BCFC.

In fairness the recruitment in the summer and since then with McEachran and Bela was not completely disastrous.  Yet everyone knows that we are crying out for a goalkeeper, striker and centre back, all of Championship quality or better.  I was not surprised when the owners spent nothing in the January window and ignored the goalkeeping problem completely.  Loans are only a temporary solution.  Letting five players leave and signing one has left us very thin in midfield options.  How can we not afford to sign a Wolves reserve player?

To be fair to Pep he has been trying to do the impossible.  When you think about it, the whole spine of his team needed refreshing before the season started.  It is not his fault that this didn’t happen.  When the management failed to replace Adams with a proper Championship striker, we all knew that we had a massive problem.  Although Morrison was not a fancy footballer, he played a very big part in the clean sheets we used to get and he scored goals.  His departure for want of an extra year on his contract was a dire mistake.  Did this have Ren’s fingerprints all over it?

How could the ground be sold and no announcement to the club’s fan base?  The sale of the ground to a BSH subsidiary company really concerns me.  The £1.2 Million annual rental from BCFC will probably go to Hong Kong.  The ground rental from Coventry City FC will also find its way to the same place.  Then just imagine the Hong Kong money men deciding to sell the club on but to retain the ground.  This may well be the plan.  If we did get promoted the BCFC ground rental would probably double overnight.  That would make the property company a very valuable asset.  This is what Venture capitalism is all about.  Perhaps a Rugby club might then come along and pay a bigger rental?  What a disaster that would be.

I have been surprised that the local journalists on WM radio have not been all over this but of course they are all obsessed by that one-man team from the other side of the expressway.  If it was their club at risk, they would be all over it.

In case this article is read by the owners please note the following.  Our money as fans is just as good as the money spent by fans at other clubs but we never get what we hope for.  We are fed up with the club buying cheap strikers who cannot do the job.  We are fed up with Ren.  We need a Chief Executive who listens.  Surely you need a CEO who stops giving you bad advice.  It would be a relief to us all if we had a CEO with a long‑standing knowledge of English football who tells us what is happening.  Currently nobody sells the owners vision of where we are going and how it will be done.  Some frank and fearless discussions with Blues Trust would be helpful; the Trust Board tell me this may be possible – let’s hope so.

So, what awaits us all at the end of the road.  That guy in the black trench coat did tell me it would be a bumpy ride, but I took no notice.  Too late for me to change; like all of you I am Blues till I die.  We are the most loyal fans in the world but the most abused.  We deserve better.