Birmingham Sports Holdings (BSH) published their interim results up to December 31st on Friday. Although the accounts are for the holding company it is possible to see some of what is happening at Blues through the segmented information shown in the accounts.

Covid-19 has severely impacted football finances. With no crowds, Blues gate receipts have sunk to nothing and commercial revenue is down 76% from £4.2m to £1.0m. Overall revenues at Blues have fallen from £11.3m to £5.3m – a 53% reduction.

Comparisons of Blues revenue for these 6 months over the last five years are shown below in thousands of pounds: 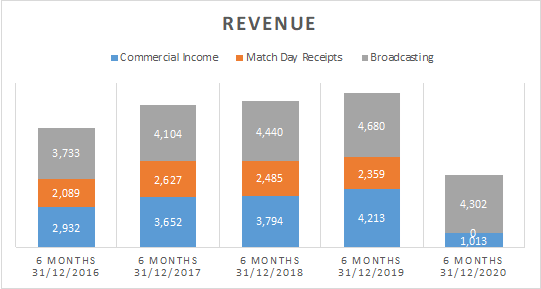 Due to the sale of Jude Bellingham Blues made a surplus

Despite the reduction in revenue Blues made a surplus for the period. Before taking account of any transfer profits Blues made a deficit of £13.9m in the first 6 months of the year – exactly the same as they did last year, which is not a bad performance if you consider the £6m loss in revenue. However, that deficit was turned into a surplus once transfer profits of £24.5m are added on giving an overall surplus of £10.6m. Overall this enabled BSH to declare an interim profit of around £7m.

Blues announced last year that they had obtained financing from McQuarrie Bank which was backed by the future instalments due for the transfers of Jude Bellingham and Che Adams. A note in the accounts says that:

Which suggests that some of the transfer money has effectively been used to pay off some of BSH’s external loans whilst some has probably been used to meet the day to day running costs of Blues. Another note in the account can be used to estimate the amount Blues owe to the parent company which gives a figure of roughly £95m at December 31st 2020 which is down from the £110m that BSH declared Blues owed towards the end of last year. This is only a rough estimate, and currency differences may play a part, but nevertheless it backs up thinking that some of the money has been moved to pay off some of the debt. Of course, it may be possible, later in the year that the club receives further loans back from BSH if necessary and the BSH accounts point to further external loan facilities that are available to them.

Wage costs have gone down – but not by much

Staff costs for the entire group for the period have fallen from £16.2m to £15.7m. These are shown for the last nine 6-month periods below. Historically Blues staff costs have made up 90% of this figure – although that figure may be reducing as BSH expands in other areas. It’s difficult to tell from this how close Blues are to meeting the £18m per annum salary budget for the team that Ren Dong mentioned in his recent radio interview. 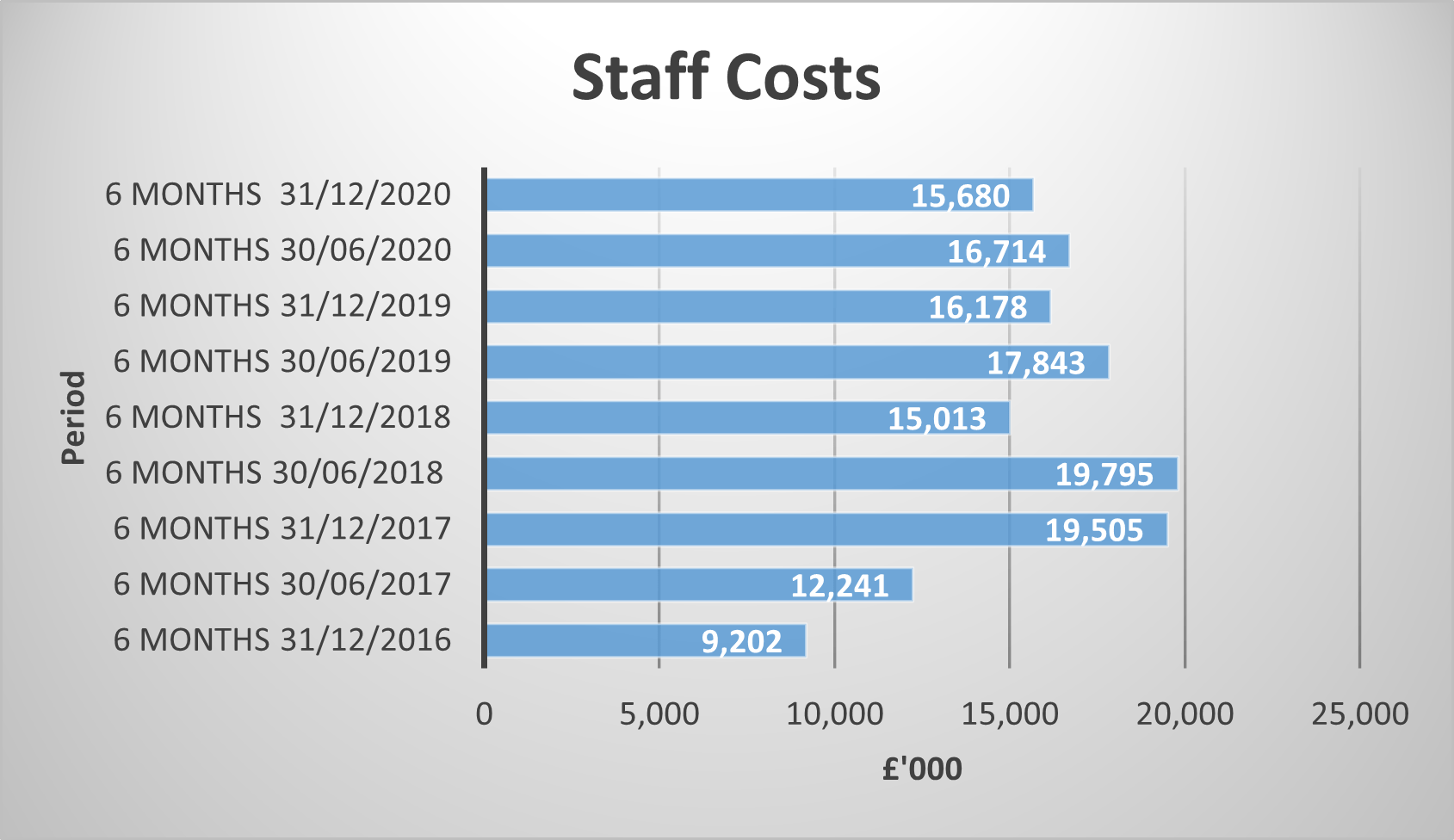