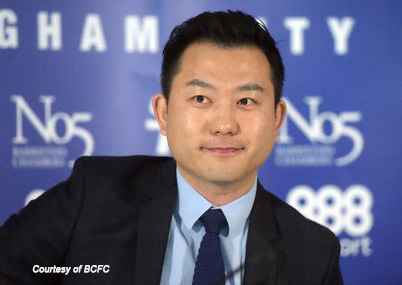 With Lee Bowyer as our manager we have someone who understands Birmingham City and has values aligned with us fans. Hopefully we will avoid relegation but if not then most of us Bluenoses will not be blaming the new manager and will give him and the team our support to bounce back.

We know the rot has set in with the inept running of the club over a decade of decline. The zeal removed from a promotion chasing first team, the undoing of one of the best women’s teams in the country, the uncertainty brought to a once great academy, the dismantling of a top administrative team – the list goes on.

This list is surely enough to see the CEO resign or be removed. His decisions have cost the owners millions of pounds. However Dong Ren remains in post – it begs the question how does he survive? The answer must be deeper than just that his bosses are that incompetent themselves they cannot see it. This puzzle together with the lack of communication from the CEO or owners and lack of transparency almost confirms there are dealings and loyalties that lie behind the decision making at Blues which override wanting the best for Birmingham City.

The CEO’s recent pitiful partnership with Karanka and the inability to admit there was anything wrong has demonstrated an astonishing lack of self-awareness that may explain why he does not feel the shame enough to resign.

The new found hope in the manager and team is where our support will be strong, Lee Bowyer and the team should be in no doubt that any protest and unrest amongst fans is aimed specifically at CEO and above.

So should we expect the CEO to carry on and again show his incompetence. The next issue down the line may be that fans are allowed back into stadiums only for us to find the repair work has not been completed. Even if the issue with the Kop and Tilton Road stands was not known previously there has been ample time since it was reported in the press (for a competent leader) to investigate, design and begin works on site. Perhaps keeping the issue secret means those professionals and construction companies that are required in these circumstances do not wish to work for someone who restricts information, does not listen to advice and is prone to hissy fits.

Dong Ren you are on notice that if the remedial works at the ground have not been completed and signed off by the time fans are allowed back in stadiums then you will be held responsible by the fans.