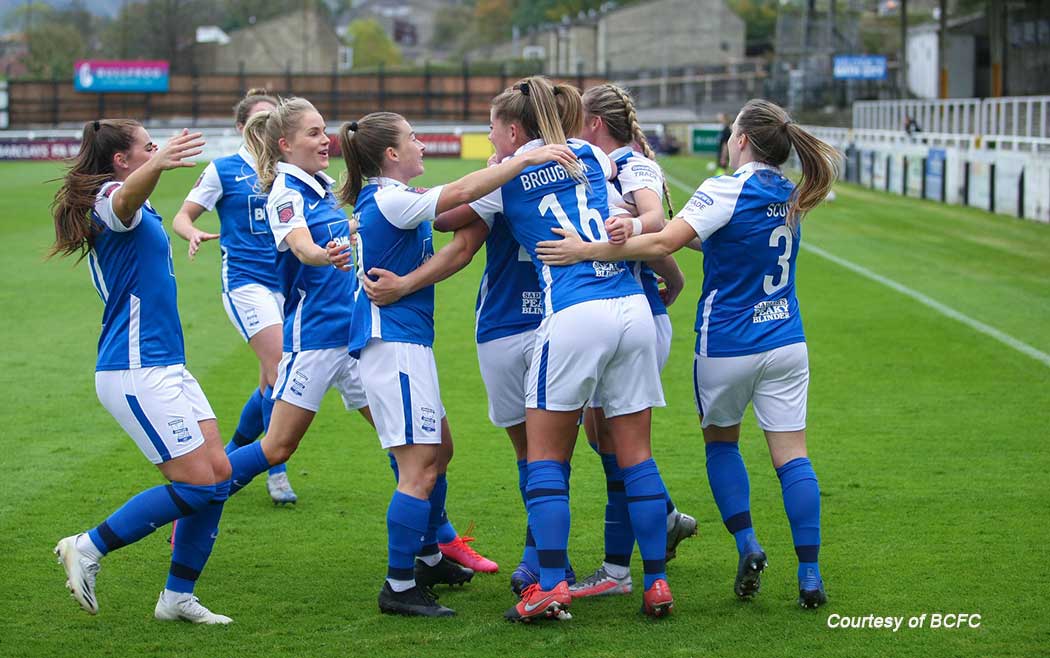 Blues Women’s Team have an excellent history over the last decade or so – they were founder members of the Women’s Super League (WSL) in 2011, Runners-up in the inaugural competition and qualified for Europe, Winners of the Women’s FA Cup in 2012, narrowly missed out on being league champions in 2014 and were Cup finalists again in 2017. As recently as 2018-2019 the team were still competitive – finishing fourth in the league and boasting several international players including England Centre-Forward Ellen White. In short, they were a source of great pride to Blues fans.

However, since the start of 2019 the club has been in decline, culminating in a letter that, according to the Daily Telegraph and the BBC, the team wrote to the board last week complaining about a number of issues around their working conditions. These included ‘concerns around travel provisions, access to changing facilities and gyms and the playing budget impacting on the size of the squad’ – something that contributed to the postponement of the game against Tottenham recently which led to the game being forfeited. The letter also raised allegations that some of the coaching staff weren’t full time employees – something that the FA is now investigating as, if true, it would contravene WSL licence rules – and that some employees earning less than the minimum wage. The players insisted that they had numerous requests to meet with the board rejected before sending the letter – something that will be familiar to fans who have tried to engage with the board on numerous occasions without success.

The Telegraph article also notes that there are only three players under contract for next season – something that it suggests calls into question the commitment of the club to fund a full-time team next season.

Prior to the TTA takeover, successful businessman Tim Andrews was the CEO of Birmingham’s women’s team but left shortly after the takeover as the new owners started installing their own appointments. The difficulties really seemed to start for the women’s team around the beginning of 2019. At the end of 2018 Edward Zheng Gannan was appointed as the sole Director of the Women’s team replacing Joanne Allsop, although it is believed Ren Xuandong is the driving force behind how the team is run. In January 2019 the popular and successful coach Marc Skinner left to coach Orlando Pride in the US and was replaced by Marta Tejedor. Tejedor was allegedly appointed by Ren against the advice of his staff.

Summer 2019 saw 11 players leave the club and behind the scenes, like the men’s team, backroom staff were also leaving. The club narrowly avoid relegation in 2019/20 on a points per game basis in the Covid curtailed season after just 2 wins in 13 games. Tejedor left in March 2020 after 14 months in charge. Summer 2020 saw yet more turmoil on the playing front with a further 11 players leaving. Carla Ward joined as team manager in August with a squad of only eight senior players registered and seems to have performed something of a minor miracle to build the squad up, instil a strong spirit within that squad and give the team a chance of staying up in the WSL with four games to go (they are three points ahead of the bottom team, who happen to be Villa, having played one game more).

Looking at the accounts for the women’s team the last ones available are for 2018/19 (Like the men’s team the 2020 accounts are still not available), they show that the costs of running the team in 2018 and 2019 were around £1m per annum with the team posting a profit (after transfer trading) of £60,000 in 2018 and a loss of £90,000 in 2019. The main income came from sponsorship and FA funding with gate receipts and commercial income accounting for about 12% of total revenue. The team appeared not to have any debt at the end of 2019 (although it did have a small amount of negative equity). Clearly Covid will have had an impact but the numbers involved in maintaining the team at a reasonable level seem small in comparison to the men’s team.

If proven correct, some of the issues raised in the letter border on negligence. Sadly, the level of stewardship of the women’s team shown by the board is no better than shown to the men’s team and suggests that the problems with the board don’t just begin and end with Ren.

The Blues’ Women’s team deserve much better – it is time for Zhao Wenqing, the BSH chair, to step up now and install a competent CEO for both the men’s and women’s teams and to show the women’s team some proper support. More widely there is also a message here for the F.A. to govern the women’s game better – they could start by ensuring that monies from the newly announced WSL TV deal are spread fairly evenly across all participating clubs to try and promote greater competition rather than turning the women’s game into a carbon copy of the Premier League with the rewards excessively concentrated on the top few clubs.

Ren you are on notice whilst you remain CEO that you will be held responsible by fans of the women’s team for sorting this situation, investing appropriately and securing the full-time future of a properly supported women’s team before the summer. Equally the fans are looking for Zhao Wenqing to install improved long-term leadership at the Club for both the men’s and women’s teams as soon as possible.