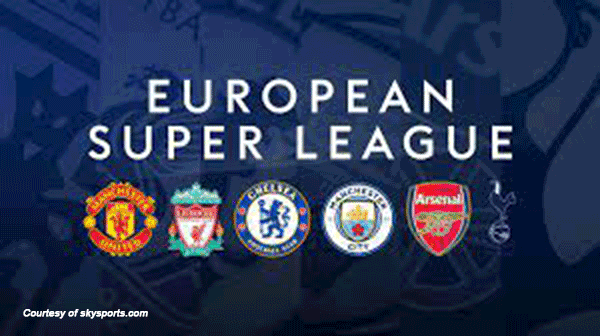 The following article has been written by one of our Trust members.  Would you like to contribute a discussion point of your own about Birmingham City Football Club?  If so, we would be delighted to hear from you.

Submit your article
​Edit….The following article was written before the latest news update that some of the Big 6 clubs are now backtracking on their decision to join the European Super League. However, much of the analysis still holds true, so we have decided to still publish the article. Blues Trust

There are many facets to the proposed creation of the European Super League – far too many to cover in a single post, but to me it seems the inevitable consequence of past decisions and indecision, and the Blues current ownership issues are a direct result of this chain of events.

For many younger fans the Premier League has always been there. However, it was only created as recently as 1992 and I believe that its creation was the start of a slippery slope which has led to where we are today.

It was created when clubs in the top division of the English Football League decided to unilaterally break away from the other 72 clubs and create a new league for themselves, leaving the other 72 to fend for themselves. It is possible to dress this up in many ways, but it boils down to the fact that they wanted a bigger share of the money, and this was the way they were going to get it – just like the proposed European Super League.

The Premier League says the creation of a European Super League “attacks the principles of open competition and sporting merit which are at the heart of domestic and European football”. The only word I can find to describe this is hypocritical. The reason we have a ‘Big 6’ is precisely because open competition and sporting merit were jettisoned in favour of money by the creation of the Premier League. It is a bit rich that they now complain when the same is done to them.

Much has been said about the lack of jeopardy in the European Super League, because of permanent membership and the lack of relegation. In the Premier League, of course, relegation exists but for the Big 6, it has been little more than a theoretical possibility – when was the last time a Big 6 team had to save itself from relegation on the last day of the season? They already have lack of jeopardy in the Premier League because of their wealth.

When the money started rolling into the Premier League, so did the wealthy foreign owners. And of course they went for the so-called big clubs, and that wealth only helped to diminish even further any ‘open competition’. Of course Leicester bucked the trend, but actually, they also have a wealthy foreign owner.

The increase in foreign ownership gradually extended to many other Tier 1 & 2 clubs. The disparity between the Premier League and ‘the rest’, created because all the money was being cornered by the Premier League, led to rise of the ‘richest club match in the world’ (the Championship Play-Off final). Naïve owners, thinking they could make a quick killing by spending a few million quid, getting a club promoted and dipping their hands into the Premier League money pot have ruined many clubs – including the most important one of all – Birmingham City Football Club.

So now we have the football authorities wringing their hands, TV pundits weighing in with their criticisms and the Government rushing in to ‘help’. But where were they 20 years ago, when something could have been done to stop the growth of foreign ownership, perhaps by introducing the German model of 50% +1 fan ownership. The answer of course is nowhere to be seen. I don’t deny that hindsight is an exact science, but there have been enough football writers warning about the direction the beautiful game was going, and predicting an even greater concentration of wealth in the hands of the few, to the detriment of the many.

I find it hard to have any sympathy for the EPL who in the end have been masters of their own downfall. The Big 6 are now global businesses as a result of the creation of the Premier League. They have far more ‘fans’ outside the UK than in the UK so why should the mainly non-English owners care about English football tradition or indeed their English fans. Broadcast revenue is much more important to their financial model. To quote Jessie J ‘it’s all about the money, money, money.

It’s impossible to see a way in which true ‘open competition and sporting merit’ can ever be brought back into English or European football, and its clubs like Blues who are the losers.

Should the European Super League go ahead?  Frankly, I don’t know. Too much damage has already been done to the game, so will it really make any difference to a club like Birmingham City? What is clear is that the big European clubs will do what’s in their own best interests and devil take the hindmost.