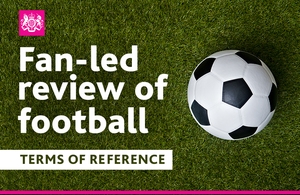 Following the abortive European Super League fiasco, the Government has announced a fan led review of football governance in England. A lot of press comment on this review has focussed on fan involvement and independent regulation but the terms of reference for the review also covers football finance – specifically to “Examine the flow of money through the football pyramid, including solidarity and parachute payments, and broadcasting revenue”.

Money, of course was at the heart of the Super League proposals where the self-styled elite teams of Europe wanted to access more money for themselves on a regular basis. However, even without a super league, these teams are still benefiting from a structure that overly rewards teams at the top creating what the well-known football writer Jonathan Wilson describes as self-perpetuating elite.

Evidence for this in English football can be easily gleaned from looking at historical league tables and is illustrated in the chart below. The chart shows the number of different clubs that secured a top 3 finish in the top division in England over a rolling 10-year period since the Football League was formed in 1888. So, for instance, the last point shows that for the 10 seasons 2010/11 to 2019/20 seven different teams finished in the top 3 over those 10 seasons. 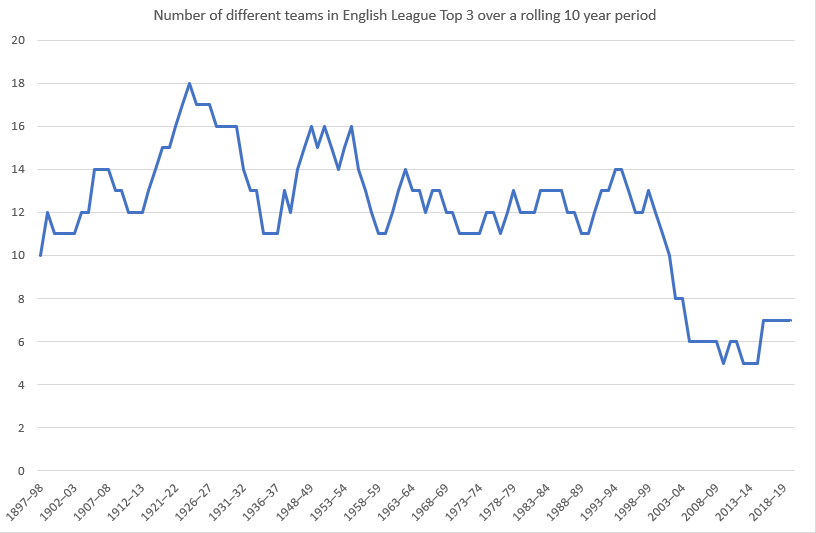 What the chart shows is that the competitiveness of the English Top division has reduced considerably in recent years with a top 3 finish in the league concentrated in a much smaller number of clubs than was previously the case before the EPL came into being.

This increasing structural concentration of success has come about through three developments – the move to Clubs taking all of their home gate receipts in League games instead of these being shared, the advent of the Premier League TV deals with greater rewards for the top teams and an expanding European Champions League with increasing revenues. The end result is that success in English Football is now concentrated in far fewer teams than historically it has ever been. The Trust would argue this is not healthy for the game in England and needs addressing as part of the Government review.

One idea to address this would be to introduce a European Competition levy that would take a percentage (say 40%) of European Revenue for English participants in the Champions and redistribute it to the rest of the Premier League/football pyramid to try and level up the playing field, coupled with a fairer share out of domestic TV money.

As fans the Trust thinks we should be pushing ideas on a fairer distribution of revenues in the game as much as pushing for some fan involvement in club decision making.