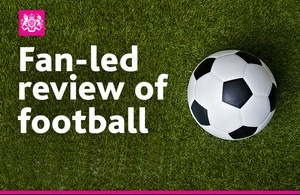 ​The final report and recommendations of the independent Fan Led Review of Football were published yesterday.

The Review was announced by the Government back in April. It was tasked with undertaking a comprehensive examination of the English football system with the aim of exploring ways of improving the governance, ownership and sustainability of clubs in the football pyramid.

Blues Trust supported the Review and was given an opportunity to contribute to it by providing evidence to the appointed Review Panel, chaired by Tracey Crouch MP. The Trust’s contribution was shaped by the views of our members and other Blues supporters following a consultation exercise undertaken by the Trust in the spring.

Some of the evidence provided by the Trust with regard to Birmingham City has in fact been referenced in the final report. You can find this at point 1.22 in Chapter 1, The Case For Reform (page 29).

The report published yesterday is significant, with recommendations that have the potential to make major changes to the power structures of the domestic game. Included amongst them is the opportunity for supporters to be given a real voice at the heart of football.

Blues Trust welcomes the publication of the Review and its overwhelming call for reform. The Trust will be making further comment once a detailed study of the findings has been undertaken, and all potential implications for Blues supporters and their relationship with BCFC have been considered.

In the meantime, a copy of the full report can be found here. If you can find the time, it is certainly worth reading and not least so the Executive Summary.

The Trust would be very pleased to receive any initial thoughts and comments from members and other Blues supporters now that the Review has been published.