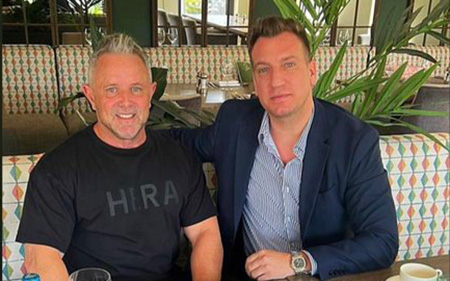 After a roller coaster summer of claim and counter claim, news broke earlier today that a consortium including Blues fan Paul Richardson and Argentine footballer Maxi Lopez has exchanged contracts to purchase St. Andrew’s and take a 21.64% stake in the club. Blues Trust understands there is an agreement in place that gives the consortium managerial control of the club and the ability to complete the acquisition of the whole club over the next couple of years.

Completion is subject to the relevant individuals from the consortium passing the owners and directors test and to any due diligence. The Trust has written to the EFL to ask if it is now processing an application from Birmingham City Football Club regarding a change in control. We await a reply.

Blues Trust understands that the consortium will be taking charge of day‑to‑day decision making at the club once the deal is completed, even though the initial ownership is of only 21.64% of the club.

Assuming this proceeds, Blues Trust welcomes an end to the uncertainty that has bedevilled the club during the close season, and also welcomes what appears to be the beginning of the end for the BSHL/ORI ownership of the club. Whilst it is concerning that BSHL still owns 75%, the consortium clearly believes that it has an agreement to complete a full takeover over time. The faster this happens, and the more visibility there is surrounding it, the better.

Whilst waiting for a full takeover to complete, it is important that in this first stage the club is not left in limbo and Blues Trust is looking for three key things from the prospective new owners during this period:

Blues Trust believes, as it has for a long time, that the future of the club is best served by having a proper long-term plan in place which seeks to develop the team and infrastructure in a way the owners can sustain and is visible to the fans.

The Trust urges the prospective new owners to embrace such a plan and be open as to what their intentions are.

Hopefully, the news breaking today heralds a new start for the club. It’s not an ideal situation of course, with BHSL still owning 75%. But it looks like a significant step in the right direction. Blues Trust looks to the potential new owners to show that they have the best interests of the club at heart, not only by seeking to complete a full takeover at the earliest opportunity but also by demonstrating clearly they are engaging with the fans and have a long‑term plan for success.

Blues Trust congratulates Paul Richardson, Maxi Lopez and their consortium in taking charge at Birmingham City, a club with massive potential, and wishes them good fortune and every success going forward.