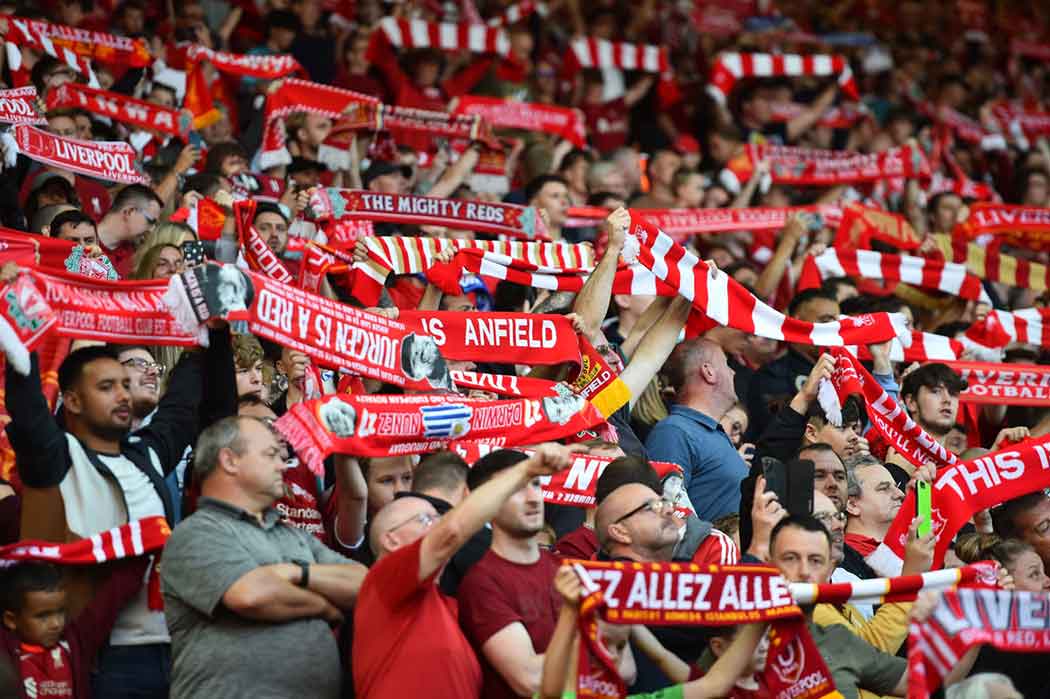 Last week Liverpool FC announced the creation of a new supporters’ board incorporating a “legally-binding commitment to strategic-level supporter engagement”. They believe it is a first in the Premier League.( https://thefsa.org.uk/news/liverpool-unveil-supporters-board-and-new-engagement-model/)

This follows on from the creation of several other fan advisory boards in the Premier League. Manchester United, Arsenal and Brighton are amongst the clubs that have already instigated these, and the EPL are now recommending that all Premier League clubs form such groups.

The Liverpool supporters board will be made up of 16 supporter representatives who will lead engagement with the club in key areas such as matchday experience and ticketing arrangements. The board will also be given consent over two heritage items, including competition participation. Liverpool were, of course, one of the main players behind the failed European Super League last year.

The move has been strongly welcomed by Liverpool supporters including the Spirit Of Shankly group, recognised as the official Liverpool Supporters Trust, which played a key role in negotiations with the club. The set up that has been created does appear to give fan representatives some legal rights, and it is part of a growing trend following the publication of the Fan-Led Review (FLR) last year. A Government White paper on the recommendations set out in the FLR is anticipated soon.

Some of the key recommendations from the FLR were on supporter engagement and the protection of heritage items such as the club’s ground and colours. Tracey Crouch MP’s report said that as every club’s most important stakeholder, supporters should be properly consulted by their clubs in taking key decisions by means of a shadow board. This has directly led to some clubs voluntarily setting up supporter boards.

The Review also said effective supporter engagement should be a licence condition and overseen by a new independent regulator of English football (IREF) and that heritage items should only be changed with supporter consent.

The Football Supporters Association, to which Blues Trust is affiliated, believes that the Liverpool supporters board model is one of the strongest yet and sets a new standard for fan engagement in England. Clearly it is important that any engagement is meaningful, and we will need to see how things go but it looks like another significant step in the right direction.

Blues Trust has been encouraging BCFC to introduce something along these lines for some time, and has in fact met with the management team at St. Andrew’s regarding implementation of some of the FLR findings. But, unfortunately, with little visible progress so far.  We have also drafted some protocols concerning a Blues fan advisory board for consideration by the club, including at Board level, and we are pressing for a further meeting to discuss these.

The Trust welcomes the Liverpool supporters’ board as potentially setting a new benchmark in fan engagement. We applaud both our counterparts at the Spirit Of Shankly group and officials at Liverpool FC for what they have achieved. The Trust strongly encourages Blues to engage meaningfully on this topic, whilst at the same time we continue to push the Government on legislating for an independent regulator in football to ensure such engagement becomes mandatory.