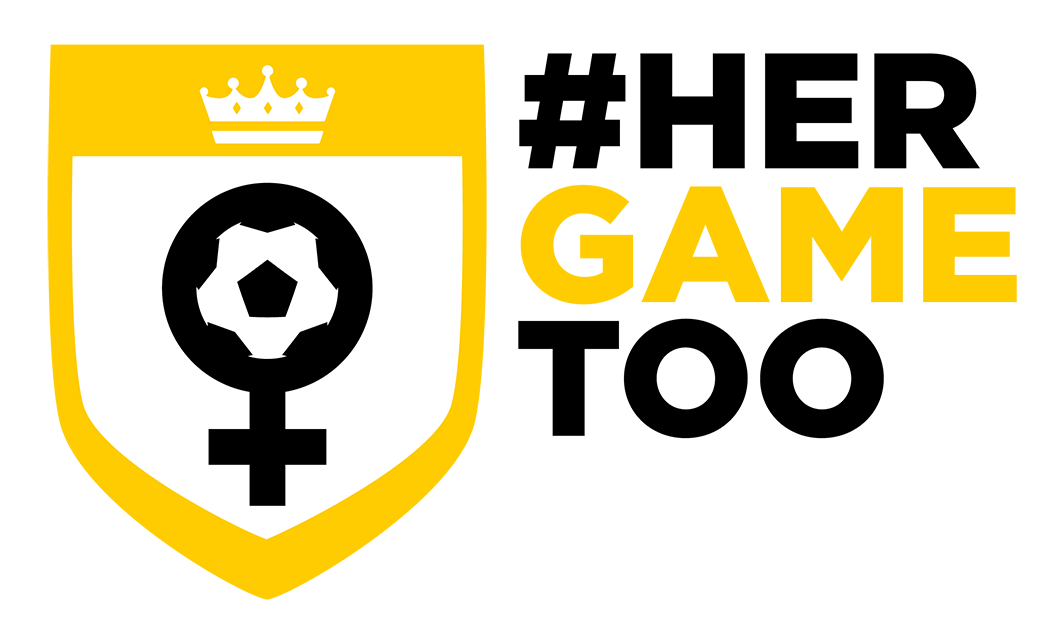 Blues Trust is committed to playing its part in making attendance at football matches, and the support of a football club, a safe and enjoyable experience for anyone and everyone that is interested in being involved with the sport. That might seem like a statement of the obvious but, unfortunately, it remains the case that not everyone shares the same view, with the actions of some damaging another person’s involvement and experience in the game.

The Trust’s unequivocal view is there is no place for any form of discrimination, within either the sport or the club that we all love, including discrimination towards any group or individual based on a protected characteristic.

Blues Trust has recently started discussions with #HerGameToo, an organisation set up by a group of female supporters who are passionate about football and working to eradicate sexism in the football industry. They want women and girls of all ages to feel confident and safe sharing their opinion about football, both online and in real life, without fear of sexist abuse.

Blues Trust shares the same objectives and is looking to support  #HerGameToo for the benefit of female supporters who are dedicated Blues fans.

Emily Drakeley is a passionate Bluenose and also a founder member of the #HerGameToo movement. Here, Emily explains what #HerGameToo is all about and how it is determined to change the football experience for female supporters.

Football has been around for thousands of years, with the earliest form known as “cuju” played in China from 206 BC to 220 AD, and the first ever recorded women’s football match in the UK taking place in 1881. The FA voted to ban women from being able to play football on Football League grounds in 1921, and this wasn’t lifted for 50 years until 1971.

Women have faced barriers towards the sport they love for years, and in May 2021, a group of 12 girls had had enough. Throughout their whole lives as football fans, these girls had experienced sexism and been made to feel like the game didn’t belong to them – and it belongs to all.

These 12 girls made a video which was shared on Twitter on FA Cup Final Day 202, holding up paper stating phrases of sexist abuse they had faced. Within 24 hours, this video had gone viral and surpassed 1M views. Obviously, many women and some men resonated with the video, and HerGameToo began their mission to make football a safer and more inclusive place for women.

Throughout the last 16 months, HerGameToo has achieved more than the team ever believed was possible. 7 Premier League clubs have pledged support to the campaign, and 52 of the 72 EFL clubs have also signed up to the initiative.

HerGameToo is all about equality, making football a safer space and creating more opportunities for women and girls. Birmingham City signed up to the initiative in March 2022 and released their announcement on International Women’s Day, which was followed by a dedicated fixture.

I was the first Ambassador for Birmingham City, and quickly brought onboard Helena Banks, who started as an advocate but due to her passion and dedication to the campaign, was quickly promoted to Ambassador Level as I joined the Lead Team but continued in my capacity as Birmingham City Ambassador.

Together as ambassadors we have been invited to join the club’s external Equality, Diversity and Inclusive Board and we now attend regular meetings with the club. From these, the club have implemented free sanitary products for all female supporters, have implemented a text line to report any abuse, display the campaign’s posters with the HerGameToo report line QR code, and are in discussions to introduce further initiatives to make St Andrews a safer place.

Recently, the HGT team at BCFC has expanded and welcomed onboard four more advocates to help support us as ambassadors, with their mission being to support local grassroots teams and raise awareness. Melissa Bennett, Claire Giblin, Linzie Philips and Ellie Yates are the new recruits, with Ellie being the dedicated BCFC Women’s Advocate.

There is a lot planned so watch this space as the dedicated team work hard to make football a more inclusive place for everyone in the Birmingham area.

If you would like to know more about #HerGameToo, or perhaps even become involved, the organisations website can be found here.