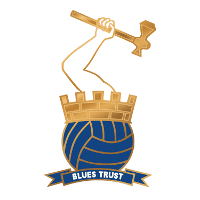 You may have picked up on an article published in the national press on Sunday. The article concerns the Fan Led Review and, in particular, news reports that the Government is now set to announce the introduction of an independent regulator of English football. The announcement is expected in the new year.

The article can be read here

If the report is correct, the introduction of an independent regulator will dramatically change the face of English football and carries with it massive implications for professional clubs across the football pyramid.

The creation of a regulator was perhaps the key recommendation from the recent Fan Led Review, and the idea has attracted a great deal of support.  Not universal support however, with the FA and the Premier League clubs…and particularly the big six…opposing regulation, and arguing that they could self-regulate.  However, the Government appears to have concluded that those parties are not capable of imposing the kind of financial controls that football needs.

Blues Trust has certainly campaigned hard for the measure to be adopted and welcomes the prospect of its announcement.  The Trust believes that it will ensure greater scrutiny and accountability of owners, something that has been particularly relevant at Blues in recent times, and also address the pressing question of the distribution of monies across the game. Equally importantly, it is also expected to lead to greater fan engagement going forward.

By way of a reminder, the Fan Led Review report can be found here

Blues Trust will continue to update Blues supporters on developments regarding the FLR, together with the opportunities that it is expected to present for those fans who will wish to play a part in engagement with the club. The Trust will also continue to push the club itself to develop improved fan engagement measures.